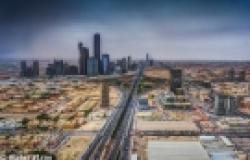 Saudi Arabia’s Vision 2030 envisages increasing the private sector’s share of economic output to 65%. Output per worker in the non-oil economy must rise by 4% annually over the next 13 years to reach this goal. Several Asian economies were able to sustain productivity gains of this level during periods of rapid growth in the last century, but Saudi Arabia is much wealthier than these nations were during their growth spurts. If they are able to achieve their growth targets, Saudi authorities will likely rely on growth through capital accumulation. This would require capital investment of up to 25% of GDP per year in the near term.