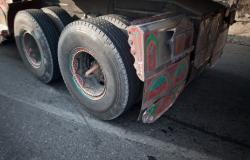 This article studies the formation process of China's belt and road initiative (BRI) – the most important Chinese foreign policy initiative under Xi Jinping. It argues that the BRI was put forward as a broad policy idea that was subsequently developed with relatively concrete content. During this process, the shifting international landscapes have gradually driven the BRI from a periphery strategy into a global initiative. By examining the case of Jiangsu Province, this article also shows how Chinese local governments have actively deployed their preferred narratives to influence and (re‐)interpret the BRI guidelines of the central government in order to advance their own interests. As a result, this produces a variety of competing, ambiguous and contradictory policy narratives of the BRI within China, which undermines the Chinese central government's monopoly on the BRI narratives. This leaves the BRI as a very vague and broad policy slogan that is subject to change and open to interpretation. In this regard, the existing analyses – that consider the BRI as Beijing's masterplan to achieve its geopolitical goals – pay insufficient attention to the BRI's domestic contestation and overstate the BRI's geopolitical implications.