ProSAVANA and the Expanding Scope of Accountability in Brazil's Development Cooperation 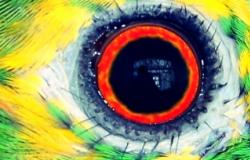 As Brazil becomes a visible player in international development, questions about accountability resonate loudly amidst wider scrutiny of the country's cooperation programme. This article takes the case of Brazil's flagship ProSAVANA programme in Mozambique to analyse changing accountability practices in Brazilian development cooperation. It documents the emergence of a transnational civil society movement contesting ProSAVANA, and analyses the interaction of this transnational movement with evolving domestic political contests surrounding Brazilian cooperation. This transnational mobilisation exposed weaknesses in Brazilian cooperation regarding transparency of action and lines of responsibility – contributing to shifts in both understanding and practices of accountability within Brazil. Campaigners called for the Brazilian government to accept greater responsibility vis-à-vis Mozambican constituents, and established direct lines of interaction between Mozambican and Brazilian civil society actors. To some extent, these links have enabled ProSAVANA target populations to communicate their preferences to Brazilian taxpayers, who can then call the Brazilian government directly to account. Such domestic-transnational accountability interfaces can contribute to tackling ‘broken information feedback loops’ between donors and affected populations. However, the enduring significance of such changes will depend on the ability of emerging accountability practices to connect a broader range of stakeholders, both in Brazil and in Mozambique, and to establish constructive dialogue among competing visions and interests.