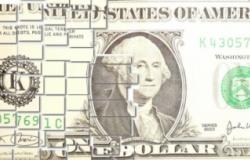 Tracking the origins of bilateral foreign direct investment (FDI) flows is required to understand de facto real linkages between countries, which remains an important area of research and policy concern. However, existing bilateral FDI data may fail to correctly identify the original sources of FDI flows because they are based on flow of funds rather than ultimate ownership. As a consequence, several offshore financing centers (OFCs) and tax havens emerge as top sources of FDI flows which provide a misleading picture of bilateral real linkages between countries. In this context, this paper proposes an alternative framework to overcome this problem by examining data on mergers and acquisitions (M&As), which offers a far more informative geographical breakdown of sources of FDI inflows. The paper reconciles bilateral FDI inflows data with M&A data for the BRIC economies covering Brazil, Russia, India and China, for the period 2001–12. Further, in light of the increasing M&A flows to BRICs, of equal policy importance is the issue of what kind of FDI should the BRICs attract. In this regard, the paper also sheds some light on the macroeconomic policy implications of the different kinds of FDI flows to the BRIC economies.

While FDI inflows in many sectors should be guided by a laissez-faire approach, the BRIC economies should in general strategically align specific FDI policies with their national development objectives.
Developing economies like the BRICs need better data on Greenfield and M&As, as their macroeconomic implications can be quite different.
The BRIC economies need to support the recent OECD's initiative to identify FDI by ‘ultimate investment country’ thus overcoming the problem of transhipping.
Policy makers should deploy a mixture of policy incentives and regulations to strengthen measures to discourage round-tripping or trans-shipping through OFCs and tax havens.
In sensitive areas like health care or pharmaceuticals, while Greenfield investments should be encouraged, policy makers should ensure that cross-border M&As are consistent with domestic development objectives.
Access Article