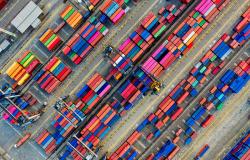 This paper evaluates the evidence as regards the extent to which trade liberalization has led to a decline in tariff revenue, total tax revenue, government expenditure, and government debt. Conventional theory generally predicts that when tariff losses do occur, they may be recouped through better forms of taxation – though a more sophisticated body of theory suggests otherwise. The empirical evidence is also mixed. Theory driven ex‐ante models of trade liberalization assume that trade agreements are revenue neutral. Ex‐post studies suggest that theory may hold in advanced and upper middle‐income economies. However, the consequences for lower income countries are a matter for concern. The majority of the evidence finds that low income countries lose trade tax revenue and are unable to recoup much of that lost revenue. At a time when fresh bilateral trade and investment treaties are being negotiated and WTO reform is on the global policy agenda, this paper highlights the need to design a treaty regime that enhances the ability of poorer nations to mobilize domestic resources without jeopardizing fiscal and financial stability.