The Changing Nature of International Mediation 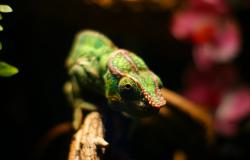 As warfare mutates from intrastate to infrastate, it was Clausewitz himself who created his own paradigmatic exit: war is a chameleon. The changing nature and trajectories of war have also changed the way that international mediators have deployed and used their skillsets. From liberation movements who fought for a new sociopolitical agenda to fragmented rebel formations and individuals who fight for self‐interests and preservation, mediators have to adapt to the new realities. The real actors are invisible or fluid in shape and structure, and interventions tend to be mired by a lack of appropriate response mechanisms. Along with a dissipation of Western values and culture, and the rise of proto‐states and secessionist movements, the brewing sandstorms of new wars over a new world power dispensation pose a tremendous challenge for mediators. The article will reinforce mediation theory and applied practice through a review of past experiences and a call to supplement state level instruments of mediation with local level cultural dialogue capacities (highlighting early warning and early responses) and the creation of safe spaces through integrated and complementarity approaches to interventions.