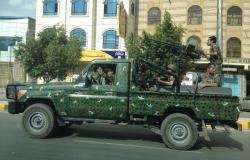 External interventions are an enduring feature of international relationships. While the causes for interventions have been at the heart of studies on interventions, the dynamics of termination versus escalation have received little attention. This article poses the question: why do intervenors persist in failed military interventions despite diminishing prospects of victory? Whereas some scholars adhered to rational choice approaches, others focused on cognitive and emotional psychology to explain seemingly puzzling decisions at the origin of war continuation. This article builds on the emerging literature on status in IR to unravel the escalation of commitment to a failed war. It argues that when leaders engage their own status and that of their countries to an eventual success in a military intervention, persistence in the war becomes the only solution to salvage their status. Through this lens, this article presents an explanation for Saudi and Emirati escalations in what was planned as a brief operation in Yemen since 2015. Understanding the dynamics of persisting in failed wars has clear implications for the development of international relations theory, the conduct of regional powers in military interventions, and the practice of conflict resolution in the Middle East and beyond.