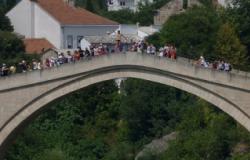 This article argues that internationally endorsed peace agreements entrench the restructuring of power relations that take place in ‘new wars’. It characterizes new wars as ‘mutual enterprises’ in which networks of state and nonstate actors engage in violence for economic and/or political gain. The article shows the way in which such networks subvert efforts to implement a rule of law, primarily using the example of Bosnia. It argues that efforts to challenge such networks through transitional justice mechanisms or democratic politics face huge obstacles. It suggests that the role of the international community has been ambiguous, sometimes going with the grain of existing power relations for geo-political reasons or for stability and sometimes upholding human rights. Only where grass roots actors have directly accessed international justice mechanisms or where local activists have worked with municipalities have there been some openings. The article concludes by suggesting what a ‘new peace’ might involve.

Law and order strategies depend on political legitimacy as much as on specific security and justice sector reform.
Policies aimed at reversing a predatory war economy are a key precondition for sustainable peace and for the establishment of a rule of law.
In the aftermath of top-down peace agreements, rule of law efforts are very difficult. At the very least, they need to be complemented by international justice mechanisms and support for civil society.
Instead of top-down peace agreements, peace processes need to engage at multiple levels and with a range of civilian as well as armed actors if such processes are to provide a basis for a rule of law.
Access Article