Globalisation and the Recent Trade Wars: Linkages and Lessons 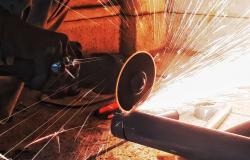 Anti‐globalization sentiments have risen significantly in developed economies, impacting the outcome of national elections in the US and the BREXIT referendum in the United Kingdom. It has also led to tariff escalations and trade wars, especially between the US and China. These developments run contrary to the conventional wisdom that globalization has positively Impacted the global economy and that the distribution of gains has been in favor of developed economies. This paper argues that it is the incomplete implementation of the main pillars of globalization that has created rising discontent in developed countries. Conceived as the process of integration of goods, capital, technology and labor, globalization was premised on free movement of goods and factors of production within and across countries as well on the assumption that factors of production would be perfect substitutes everywhere. The paper posits that it is the immobility of labor across and within countries that has led to the globalization‐induced dislocations in some developed economies. Across countries, artificial immigration barriers restrict labor movement while within countries, labor market rigidities and absence of perfect substitution in the labor market constrain the migration of labor from the declining to the booming sectors of the economy creating large income inequalities. Implications of the foregoing for the future of globalization and Africa’s export‐led industrialization are presented.