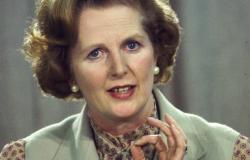 Throughout her years as British Prime Minister (1979–1990), Margaret Thatcher held ambivalent opinions of the European Community. She favoured it as a vehicle for peace and prosperity in Europe, but she was profoundly sceptical about the goal of ever closer union. To her also goes much of the credit for putting the creation of a genuine single market in goods and services at the forefront of European policy. But the background was not propitious. For almost half her time in office, Thatcher was at war with her EEC partners over the UK contribution to the Community budget, and often seen not as motor of but a block to progress. This article assesses how Thatcher's conflicting attitudes towards the EEC played out in the achievement of the single market and how, unintentionally, she laid the foundation for the single currency, which she so vehemently opposed.