The Political Economy of ‘Tax Spillover’: A New Multilateral Framework 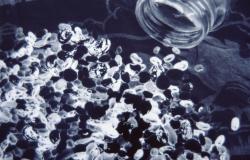 Tax spillovers are the effects one country's tax rules and practices have on other countries. They have been assessed in aggregate terms by the IMF using econometric models, and were found to have a ‘significant and sizable’ impact in reducing corporate tax bases and rates in ‘developing countries. However, a widely accepted form of country level spillover analysis remains elusive, despite demands from non‐governmental organisations (NGOs) and international organisations (IOs). We present the first framework for conducting comprehensive national level spillover analyses using a qualitative evaluation framework in three steps. First we identify the importance of the normative underpinnings of multilateral evaluation frameworks. We make the case for an international moral harm convention that discourages states from doing harm to other states through their tax policies. Second we illustrate some of the difficulties in conducting country level spillover analyses using econometric methods, while advancing a broader conception of spillover, based on the defensive purpose of corporation tax. Third we present a new framework for conducting spillover analysis, that assesses relationships between four direct taxes and a number of administrative and institutional features of tax systems. Finally, we present initial pilot qualitative assessments for the UK and Denmark, involving scores, risk dashboards and visualisations.

Open Markets as a Source of Prosperity – Evidence of the Federal State of Baden‐Wuerttemberg
Stefanie Hinz
Vol 10, Issue 3, September 2019