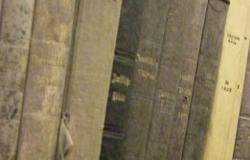 Scholars and activists commonly see international law in a privileged normative and political position in world politics, where international legal institutions are assumed to advance important goals such as international stability, human justice and even global order as a whole. I explore this attitude toward international law, which I call an ‘enchanted’ view, and contrast it to the ‘disenchanted’ alternative. Where the enchanted attitude presumes the normative valence and political wisdom of following international law, the disenchanted approach treats these as open questions for inquiry and discussion. The disenchanted approach is more empirically minded, and more politically open, than the enchanted, and leads to a distinct research program on legalization in international affairs – one that is attentive to the politics of law, the connections between law and power, the ambiguity that exists between legality and policy wisdom.

Introduction to the Special Section: Strengthening Institutional Collaboration for Development and Economic Growth
Vol 10, Issue 3, September 2019
The G20 and its regional critics: the search for inclusion
Andrew F. Cooper
Vol 2, Issue 2, May 2011