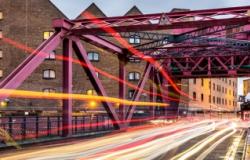 Classic constitutional thought considered the power to conclude international treaties to fall within the executive's exclusive domain. But this nineteenth-century logic hardly convinces in the twenty-first century. For the function of international treaties has dramatically shifted from the military to the regulatory domain; and in the wake of this ‘new internationalism’, the traditional divide between ‘internal’ and ‘external’ affairs has increasingly disappeared. Has this enlarged scope of the treaty power also triggered a transformation of its nature; and in particular: has the rise of ‘legislative’ international treaties been compensated by a greater role accorded to parliaments? This article explores this question comparatively by looking at the constitutional law of the United States and the European Union. Within the United States, international treaties were traditionally concluded under a procedure that excluded the House of Representatives; yet with the rise of the Congressional-Executive-Agreement in the twentieth century, this democratic deficit has been partially remedied. We find a similar evolution within the context of the European Union, where an increasing ‘parliamentarisation’ of the treaty power has taken place. Yet a democratic deficit here nevertheless also continues to exist.

The Future of the Public Policy School in a World of Disruptive Innovation
Lisa Anderson
Vol 10, Issue 1, February 2019