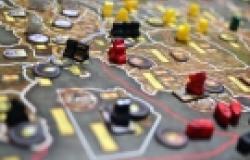 The Trump administration continues to be an administration in transition. It has taken the new President and his entourage a prolonged period of time to settle in. The new administration has not yet managed to formulate something approximating a comprehensive U.S. foreign policy and a “grand strategy” for establishing a new global order. However, preceding administrations have also found this difficult and almost impossible to achieve. The Trump White House is divided between an ideological wing and a more pragmatic faction with the President unable to decide which faction to side with. Secretary of State Tillerson has made clear that Trump’s “America First” foreign policy is all about U.S. national security and prosperity. The Trump administration, it seems, has very little inclination to base U.S. foreign policy on the country’s traditional democratic and humanitarian values.

This article also considers U.S. foreign policy toward Europe, Russia/the Middle East and China. It concludes that compared to the shrill rhetoric of the election campaign, the administration has begun to pursue a more moderate foreign policy. The White House has come out in support of NATO, there is even talk about a revival of the TTIP negotiations, there has been a new relatively harmonious relationship with China and the administration attempts to pursue a constructive policy of re-engagement with Russia regarding Syria and Ukraine. The notion of a “normalization” of the Trump administration’s foreign policy should not be taken too far, however. A predilection for constant change, turmoil and self-promotion is the one enduring and reliable factor that characterizes the administration and the President himself.

What are Nukes For, If We Can’t Use Them?

Inequality and the future of Capitalism: in Conversation with Branko Milanovic