Looking Back, Looking Ahead: The New Secretary-General and UN Reform 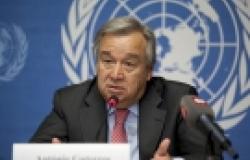 Every incoming Secretary-General is expected to make the United Nations (UN) more fit for purpose. The new Secretary-General is no exception with António Guterres under pressure to leverage his honeymoon to enact major change. Yet he has moved cautiously. His changes so far have been targeted, limited in scope, and accommodating to major powers. This raises the question of whether significant reform is likely under his leadership.

We analyze his actions since taking office and argue that it is. Guterres is positioned to use his early initiatives to facilitate more ambitious future ones. To make this argument, we provide a comprehensive review of the state of his reform agenda and investigate the geopolitical and institutional factors that shape the reform environment. Drawing on scholarly and policy research, we conclude by making three recommendations for a long-term change leadership strategy.

Schroeder - Looking Back, Looking Ahead, The New Secretary-General and UN Reform_0.pdf583.02 KB