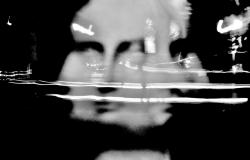 The failure of ‘progressivism’ to gain traction in the current political landscape can be diagnosed in many ways. The diagnosis pursued here, partly in response to a set of recent debates, is that social democracy and neoliberalism have been artificially divided by the spectre of Marxism. But now that Marxism is no longer a serious geopolitical force (though it remains quite potent in academia), the time is ripe for the two ‘centre-left’ movements to come together by recovering their common Fabian heritage, which stresses the value of social experimentation.