International City Cooperation in the Fight Against Covid-19: Behind the Scenes Security Providers 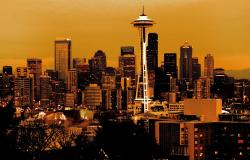 The Covid-19 pandemic has affected every aspect of society and nearly every unit of government. Much discussion has occurred regarding how to best protect and equip front-line and essential workers, but what about front-line and essential governments? Arguably the most important governments in pandemic response are city governments. Although most international debate surrounding governmental and societal prevention and response to the pandemic has centered around the nation-state or national leaders, this paper takes a different direction. Instead we focus on pandemic initiatives that have mostly occurred ‘behind the scenes.’ Cities, without the general public’s realization, have been at the forefront of international cooperation in the fight against Covid-19. This paper focuses on US, Chinese, and Taiwanese cities in order to shine light on the phenomenon of city diplomacy and offers policy recommendations to various stakeholders in city diplomacy, including local authorities, international organizations, academia, and journalists.

Photo by Johan Bos from Pexels

Rudakowska and Simon - International City Cooperation in the Fight Against Covid-19, Behind the Scenes Security Providers500.21 KB