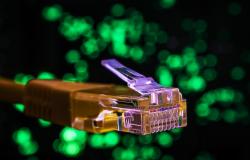 The anonymity afforded by early incarnations of the internet posed a substantial threat to conventional models of national sovereignty. Free from restrictions and laws, cyberspace allowed users to set political agendas and subvert government messages. Presently, the internet is a space that celebrates transparency as users are motivated to bask in the limelight of social media. This essay argues that transparency is the weapon of choice of governments looking to strip cyberspace of its freedom. Moreover, the essay maintains that in order to transform transparency into a virtue, governments themselves migrated online as part of "open government" initiatives. This has created the allure of transparent governance. Yet as we demonstrate, every act of transparency is actually an act of concealment meant to obscure the fact that governments now focus primarily on the accumulation of information and the concealment of such information from the public under the guise of national security. The open government is thus really the concealed government and transparency emerges as a form of mass deception.

COVID Isn't Gender Neutral- It Hit Women Hardest. How to Reset the World of Work, by the Head of UN Women