Bitcoin, Blockchain, and a Post-State World 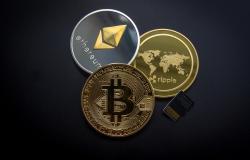 Firstly, what are bitcoin and blockchain? Of all the cryptocurrencies out there, bitcoin is by far the most well-known, as well as the most widely used. It is a digital currency, which, unlike traditional currencies, operates without the need for central banks. Blockchain technology, meanwhile, was invented to enable the sending and receiving of bitcoin. In other words, without blockchain, there would be no bitcoin. In simple terms, blockchain acts as a digital ledger of transactions.

What role can they play in a post-state world?

Before discussing the possibility of post-state politics, we must first must define what nation states are, exactly?

Nation states are an ideal, not a reality.

For nation states to properly function, a near perfect alignment between cultural and political values is required. At one point, centuries ago, the idea of nation states was certainly more credible, when countries were more homogenous in nature. But that was then, and this now.

In 1981, the eminent author Hans A. Schmitt wrote about the failures of nation states.  He argues that the elites “ambitions, values, and goals failed to relate to the common good.” The “legitimate aspirations of a people to freedom and self-government” had not been satisfied. Although these words were written four decades ago, one could argue that they resonate more loudly today than ever before.

Yet the fiction of nation states persists. Why?

Because fiction is necessary. Stories are created for myriad reasons, but often they serve one major purpose: to distract us from reality. Escapism and delusion, in many ways, are cut from the same cloth.  We are a myth making species. From the idea that you “can be anything you want to be” (you can’t) to “everything happens for a reason” (it doesn’t), we are gluttons for myths.

At the government level, as researcher Pacal Hügli notes, national currencies continue to feed the fictional narrative of strong, independent states. According to the author, “One essential fiction that nourishes dependency on the nation‐state is to regard government securities as risk‐free, which they cannot be. Hügli continues, “another fiction is built on top of this, that our current financial system, which has been decoupled from gold for quite a while now, can indefinitely operate in a permanent deficit.”

The fiction is built on a system of faith, and faith, I contend, is incompatible with hard facts. What comes next?

John Lennon encouraged us to imagine a world where “there's no countries.” At the time, he assured listeners that it wasn’t “hard to do.”

Iran, like any other country, is simply a geographic region. No, what’s problematic about Iran stems from the people in power. Mr. Lennon was urging us to imagine less destructive people in control of countries. The problem lies not with a geographical landmass, but with the personnel occupying the landmass.

People are problematic, and unqualified people in positions of extreme power are highly problematic.   For a business to succeed, accountability, metrics, and competent leaders are required. The same applies to running a country. In England, if one wishes to drive an iconic black cab, a notoriously difficult exam must be passed. However, if one wishes to become Prime Minister in the same country, no exams are required.

For years, from London to Louisiana, people have suffered due to a deficiency in competency. Would you trust an unlicensed dentist, an unknowledgeable personal trainer, or an incompetent electrician?

What happens when states fail?

On February 1st of this year, Myanmar’s military staged a coup. Since then, banks have been closed nationwide. Aung San Suu Kyi, the de facto civilian leader, was detained. When a state fails, and especially when a state is seized by ruthless despots, traditional money becomes much harder to access. Furthermore, an erosion of legitimate authority occurs, which greatly increases the chances of bloodshed. Besides Myanmar, Nigeria and Lebanon are flirting with state failure. Beirut, the capital of Lebanon, was once known as the Paris of the Middle East. In 2021, it’s more reminiscent of Paris during the French Revolution, when chaos reigned supreme.

In these three countries, fiat currency has either been rendered useless or virtually inaccessible. In Nigeria and Lebanon, with dangerously high levels of inflation, the purchasing power of national currencies continues to diminish.

What, then, is the solution?

Cryptocurrencies like bitcoin, provide a legitimate solution. After all, a decentralized currency, largely accessible to the masses, is an attractive alternative. Such a fact is not lost on the people of Nigeria. Lagos, the capital, is home to millions of bitcoin users. In fact, after the United States, Nigeria has the biggest bitcoin market in the world.

In discussing a post-state world, it’s important to remember that post does not mean replace. Post-punk refers to a style of rock music inspired by punk. However, the newer version of punk was less aggressive and far more experimental in nature.

The post-state model keeps the fundamental ingredients of state, but inserts some much needed evolution.

The current state model, from banks to governance, is heavily centralized. The centralization of power is not synonymous with a system of transparency. In response, the post-state model aims for a thorough decentralization of government. Bitcoin, as a global currency, may very well end up replacing fiat currency. Middlemen, like central banks, for example, may very well be eliminated.

As mentioned, without blockchain, there would be no bitcoin. A 2020 report issued by the World Economic Forum notes, “(b)lockchain can serve a unique role in preventing government corruption. Its technology offers a singular combination of permanent and tamper-evident record keeping, real-time transaction transparency and auditability, and automated smart contract functionality.”

Judging by the latest Corruption Perception Index findings, a switch to blockchain technology is desperately needed.  Over the course of the last decade, many countries have made little progress in tackling corruption, with close to two-thirds of countries struggling with endemic cases of bribery and extortion. Though humans will always find ways to lie, steal, and cheat, blockchain, through advanced encryption and control mechanisms, can function as a criminal deterrent.

What’s more, this is the age of financial exclusivity. Globally, some 1.7 billion adults remain unbanked, lacking any sort of access to financial institutions. If we are to fully embrace a post-state world, where financial inclusivity is encouraged and greater degrees of accountability are expected, bitcoin and blockchain should be part of the conversation.

J. Mac Ghlionn is an essayist and cryptocurrency researcher. His work has been published by the likes of Yahoo Finance, South China Morning Post, and The Sydney Herald.