“A ‘Diplomatic Solution’ to the Ukraine Crisis” 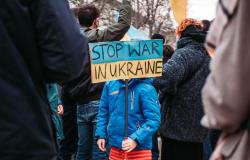 Robert H. Wade takes on the challenging task of sketching the contours of a diplomatic solution to conflict in the Ukraine.

I was among the large majority confident that Putin would not order the invasion of Ukraine, because that would risk heavy Russian casualties and run counter to Putin’s penchant for subterfuge and plausible deniability. Or if an invasion, one limited to securing the borders of the eastern provinces. I was wrong.

We may speculate that what made Putin finally snap was President Zelensky's speech at the Munich Security Conference on February 19th, where he called for a clear time-frame for Ukraine to join NATO, and regretted that Ukraine had given up its nuclear arsenal, then the world’s third biggest.

Emma Ashford writes about the Ukraine conflict in the New York Times (International), 26-27 February 2022 , “there are no other good options [than massive sanctions]. Diplomacy has been exhausted” (emphasis added).  At some point,  diplomacy must again come into gear (unless Putin tries to repeat Russia’s failure in Afghanistan by conquering Ukraine). Diplomacy has a chance of progress if the US, NATO, and the Ukraine government are prepared to accept the following four points:

The Meaning of Sovereignty

The first point is that a diplomatic solution has to be based on US and western acceptance that “sovereignty” does not mean “the government is free to make its own decisions irrespective of the effects on the security of other sovereign countries”.  NATO states keep speaking as though this is the meaning of “sovereignty”, and therefore insist that Ukraine as a sovereign country must have a path to eventual NATO membership, adding that NATO cannot possibly threaten Russian security because NATO is strictly defensive – ignoring that this is not how Russia sees it.

The western argument is deeply hypocritical. Everyone knows that the very sovereign Mexican government does not have a path to a military alliance with Russia or China; the US would never allow it. Indeed, for the past two centuries the US government, under the Monroe Doctrine, has claimed the Western Hemisphere as its “sphere of influence”, and has no intention of allowing governments it considers threatening to establish themselves, as the socialist Allende government in Chile found to its cost and as the socialist governments of Cuba have found to their continuing cost.  The US has to apply the same concept of sovereignty to the Ukraine crisis as it applies in its own backyard, and rule out Ukraine joining NATO.  When Western leaders say, “Ukraine as a sovereign country must be free to make its own free choice of alliances”, the BBC’s and other interviewers should press them, “Does the same apply to Mexico and Canada?”

Second point: a diplomatic solution has to be based on US and western acceptance of their role in “cocking the gun” (as distinct from “pulling the trigger”). Thomas Friedman in The New York Times (International), 23 February 2022, reports on a conversation he had with George Kennan in 1998. Kennan was the author of the famous “long telegram” sent from his US embassy base in Moscow during the Second World War to the State Department, outlining principles for the US to follow after the war in living with and “containing” Russia. He remained an expert on US-Russia relations for the rest of his life.  The Friedman-Kennan conversation took place after the US Senate ratified NATO expansion up to Russia’s borders and after Russia appealed to US and NATO to honour the earlier assurance not to. When the Soviet Union broke up in 1991 the West assured Russian leaders that NATO would not expand “one inch” east of Germany.

Kennan’s reaction to the Senate’s 1998 ratification of NATO expansion up to the borders of Russia?  “I think it is the beginning of a new cold war…I think the Russians will gradually react quite adversely…  I think it is a tragic mistake. There was no reason for this whatsoever…. Of course there is going to be a bad reaction from Russia, and then [the NATO expanders] will say that we always told you that is how the Russians are – but this is just wrong.”  Talk about prescient!

Third point, more specifically about Ukraine.  Henry Kissinger wrote in 2014,  “The West must understand that, to Russia, Ukraine can never be just a foreign country. Russian history began in what was called Kievan-Rus. The Russian religion spread from there. Ukraine has been part of Russia for centuries, and their histories were intertwined before then.”  Indeed, Ukraine has been an independent state for only 31 years as of 2022; before that, under some kind of foreign rule for almost all the period since the 14th century. A stable peace depends on the US, Nato, the EU, and the Ukrainian government accepting a status comparable to Finland, which cooperates closely with western European states and avoids institutional hostility towards Russia; plus non-aggression guarantees and a UN-monitored force reduction around Ukraine’s borders.

After 1945 the West remembered that  the Treaty of Versailles produced Hitler, and acted more generously towards the defeated. After the break-up of the Soviet Union the West ignored the Versailles lesson. It gave little aid to Russia; insisted on a Big Bang market liberalization, with predictably disastrous consequences (compare China’s gradualism); and it gloated over Russia’s defeat and disempowerment, including by expanding NATO to Russia’s borders while promising not to. This configuration greatly helped to produce “the new Putin”.

Fourth point: A diplomatic solution has to be based on a commitment by the government in Kyiv to guarantee the rights of the large minority of Russian language, culture, and Russian Orthodox religion.

Ever since the 2014 coup against the Russia-friendly Yanukovich government, the later governments – drawing their support mainly from the Catholic culture of the west – have tried to suppress the Russian language and religion, fuelling the separatist sentiment in the east which Putin has been exploiting.  In the days immediately following the collapse of the Yanukovich government the legislature began to de-legitimize all markers of Russian identity, which is to de-legitimize the identity of 20-40 percent of the Ukrainian population (the figures are disputed). Imagine their fear. The great majority of those of Russian culture also see themselves as Ukrainians and proud of it, or did until the Kyiv government moved against them.

To be more precise, on 23 February 2014, the day after Yanukovich fled, the first act of the Ukrainian parliament was to revoke the legal status of Russian as a national language, and to prevent regions from allowing the use of any other language than Ukrainian. The government set about blocking access to Russian news, TV channels and radio. These were aggressive suppressive acts towards a large minority. All through the next months the Kyiv government and the broadcast media and large sections of the population chanted the motto “One Nation, One Language, One People”. It is easy to understand why the many millions of Russian speakers felt under envenomed siege; and felt assured by support from the powerful state on their doorstep.

The fact that language legislation was then not put into law did not suddenly “make everything right again”. The efforts to marginalize Russian speakers continued.

One should remember that Stalin cobbled together the eastern provinces with the rest of Ukraine, even though the two populations had little identity in common. There has been an incipient civil war between the two populations for decades, which has become an internationalized civil war. This fundamental point is ignored in almost all the mainstream coverage in western media and politics, where Ukraine is presented as a unified entity, not just a state but a nation, which it is not. Very little attention has been given to the situation and views of Ukrainians of Russian cultural identity.

The fourth pillar of a diplomatic solution therefore has to be: constitutional guarantees of Russian as a second national language. And, longer term, a constitutional change from the present unitary central government to a federal one with elected chief executives in each province, as in the United States; and some form of consociationalism with enforced power sharing and right of mutual veto (for example, on matters of foreign treaties and alliances).

Photo by Matti from Pexels

Jeffrey Sachs, 2022, “The US should compromise on NATO to save Ukraine”, Financial Times, February 22.

Thomas Palley, 2022, “Ukraine: what will be done and what should be done?”