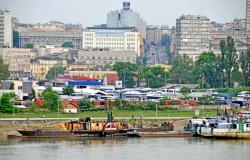 Milan Varda interviews Filip Ejdus, Associate Professor of Security Studies at the University of Belgrade, about the view of European security from the periphery.

The Yugoslav wars decisively shaped security dynamics in both the Balkans and in wider Europe. In the Balkans they symbolize a tragic failure of an integration project that left behind a bunch of weak, small and in some cases fundamentally dysfunctional states. The Yugoslav wars exposed the EU’s fragility to regional conflicts on its doorstep and helped it develop mechanisms to speak with one voice in foreign, security and defense matters.

Europe’s multiplicity of identities creates a multiplicity of interests which all reduce the lowest common denominator in the EU’s security policy. As long as decisions in this field are made by consensus, this will result in a very reactive, slow and meek foreign, security and defense policy characteristic for small states. The only way for the EU to translate its impressive capabilities into global security is to communitarise its foreign, security and defense policy decision making.

In Serbia the regime of Slobodan Milošević was ousted in 2000, but his regime of truth around the 1999 NATO intervention is still alive and kicking. The vast majority of my compatriots still believe that Serbia was an innocent victim of NATO aggression and that the regime of Slobodan Milošević was only patriotically defending the country from Albanian terrorists and their NATO allies. That’s why Serbia declared military neutrality in 2007, one of the very few policies supported by the vast majority of the population and virtually all major political parties.

There is no such thing as a complete security sector reform because it should be a process of continuous adaptation. Serbia certainly needs to establish a system of democratic security sector governance if it wants to join the ranks of other consolidated democracies in the West.

The current crisis in the West has many drivers of societal insecurity. The concern that various collective identities might be under threat is only one of them. Connected to this is a growing perception among the working and middle classes in the West that they have not benefitted sufficiently from globalization and European integration. There are also wider geopolitical factors at play which all weaken the cohesion in the West. However, one should be aware that the specter of the decline of the West has been around for a very long time reflecting a deep anxiety that haunts all wealthy societies which simply have a lot to lose.

Milan Varda is an intern at Global Policy Journal and student of MSc Global Politics at Durham University. He has BA in International Relations from Faculty of Political Sciences, University of Belgrade, Serbia. He was also an intern at International Organization for Migration and in the United Nations Department of the Ministry of Foreign Affairs of the Republic of Serbia.

Filip Ejdus is an Associate Professor at the Faculty of Political Science, University of Belgrade. Follow him on Twitter @FilipEjdus.