Book Review - Avoiding the Terrorist Trap: Why Respect for Human Rights is the Key to Defeating Terrorism 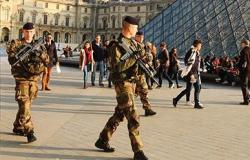 This is not a book for the faint hearted.  At 798 pages of text and a total of almost 900 pages, it covers a huge range of material but in a logically themed manner.  The author describes it as “not so much a book about the importance of human rights, as it is a book about defeating, or at least containing, terrorism” (page 1).  It is this focus on terrorism itself and the need for an effective counter-terrorism regime that distinguishes it from many other books that deal with terrorism and human rights.

The book is in three main parts.  The first “explores the phenomenon of terrorism from the terrorists’ perspective” (page 28); the second asks “why individual terrorists turn to violence” (page 29); the third looks at the various legal regimes and argues that “these rules – when followed – can actively prevent states from falling into the kinds of tactical and strategic traps deliberately set by terrorist groups” (page 30).

What follows is a detailed review of terrorism in its many facets down the ages with individual cases cited in detail.  This is accompanied by a review also of social science and the law as it relates to terrorist activities, again interwoven with case studies.  Inevitably, there is a degree of overlap in the case studies, but care is taken to ensure that only the factors relevant to the issue under consideration are given at any one place.  This reduces any feeling of repetition.  I was only able to find one example where a quotation was used twice in close proximity (on pages 252 and 254).

It is impossible in a short review to do justice to the depth of research and scholarship, but I will seek to comment on each section in turn.  After an introduction which examines the difficulty of defining terrorism, the aim of Part I is described as reviewing “a representative geographic and temporal sample of primary sources ... to identify the common strategies employed by terrorist groups, the core objectives sought through these strategies, and the thought processes underpinning their use” (page 34).  There follow six sub-headings: asymmetrical warfare, attrition, propaganda by deed, the revolutionary prototype, provoking an overreaction, and building legitimacy, each with its own short summary.  The author states that “terrorists don’t stop at trying to neutralize the coercive organs of a state, they actively seek to put them to work on their behalf” (page 117) and later “the genius of terrorism is that it turns us into our own worst enemies” (page 142).  Here, one begins to see the argument that the state must resist being manipulated by the terrorist into acting in a way that, in effect, helps the terrorist cause.

Part II looks at social science and violent extremism and whilst accepting that all motives are individual, it seeks to draw out five core themes in radicalization literature.  These are empathy, self-actualization, social networks, poverty and government aggression.  The author points out that “terrorists are essentially normal individuals who exhibit ordinary personality features albeit resulting in extraordinary behavior” (page 288).  Poverty is a disputed issue and a terrorist is perhaps better described perhaps as a “want-more” rather than a “have-not” type of person.  However, poverty features consistently in terrorist narratives and thus “whether or not it is a ‘root cause’, it is still ... part of the radicalization equation” (page 355).  The core circumstances are summed up in the conclusion as “selective empathy for those suffering, the quest for self-actualization, supportive like-minded social networks, grievances with at least some social legitimacy, a sense of social or political exclusion, and heavy-handed coercive action by state actors “ (page 456).  Not all factors will be present in any particular case.

Part III looks at the various “red lines” imposed by legal constraints and examines the question “whether or not it is possible to mount an effective response to terrorism without crossing these red lines and moreover whether crossing any of these red lines has ever proved to be a productive counter-terrorism tactic” (page 461).  There follows a lengthy overview of these legal constraints and the author states as his aim that he “will seek to demonstrate that international human rights law affords states more than sufficient latitude for effective operational activity … [and] will also seek to demonstrate that when governments depart from the human rights framework, they accrue little, if any, material advantage and also pay a heavy reputational cost that can encourage further terrorist attacks” (page 495).  This is a bold aim, but the author puts forward a persuasive argument.  His legal analysis is generally sound though, as he is not a lawyer, there are occasional points where legal nuances may be overlooked, particularly in the boundaries between law enforcement and armed conflict, and between non-international and international armed conflict.  There is some confusion between the giving of orders and the doctrine of “command responsibility” and on the controversial topic of “direct participation in hostilities”; but none of these points takes away from the compelling nature of the argument put forward.

The conclusion is firm and well expressed.  “Placing human rights at the center of the state’s counter-terrorist response is not only the right thing to do, it is the smart thing to do as well” (page 767).  The author also includes a warning that “[i]n a world where an accusation of terrorism can be used as a pretext to launch a military strike or covert action, the potential risks to democratic life and legitimate protest are very real indeed” (page 758).  Put simply, democracy may be at greater risk from measures taken in the name of counter-terrorism than from terrorism itself.

This book makes uncomfortable reading both in its detailed analysis of terrorism and its causes, and in the critique of state responses, particularly in modern times.  It is unusual to have such a defence of a “human rights framework” from a counter-terrorism practitioner rather than from within the legal fraternity.  It is this that makes the case even more persuasive.  All who are involved in counter-terrorism strategy should consider carefully the arguments put forward.  The case is perhaps best summed up in the telling statement by the author: “The uncomfortable reality is that the existential threat posed by terrorism is not posed by the attack itself – it is posed by how we respond” (page 770).

Professor Charles Garraway is Fellow at the Human Rights Centre, in the University of Essex.

Book Review - Aid and Technical Cooperation as a Foreign Policy Tool for Emerging Donors: The Case of Brazil