The End of China’s Romance with Eastern Europe? 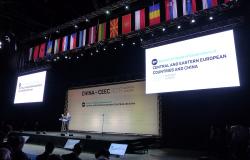 Emilian Kavalski suggests that China’s lodestone appears to be losing its appeal in the countries of Central and Eastern Europe; thus, while a year ago many were convinced that the Eastern part of the continent was coming under Beijing’s influence, today most are wondering whether the next summit of the China-CEE cooperation will ever take place.

The 2016 Mandapop hit “Prague square” ushered in a new romance for Central and Eastern Europe (CEE) in China. The lyrics eulogized the beauty of the Czech capital and urged listeners to “cast their hopes on the wishing fountain”. And many did: Chinese couples flocked to Prague for their wedding photos. Not only that; China, itself, cast its hopes for global prominence by starting an affair with the CEE countries. Just a few months before the release of the song, the city of Suzhou hosted the first China-CEE cooperation summit attended by all the regional heads of state and government. Known as the “17+1”, to many it indicated that Beijing and the CEE capitals were becoming exclusive. The then Enlargement Commissioner, Johannes Hahn, decried the 17 CEE states as “Trojan horses” undermining European unity. The praise for China from the likes of Serbian President Aleksandar Vučić and Hungarian Prime Minister Viktor Orban in the context of the global outbreak of Covid-19 this year appeared to confirm this assessment.

However, Serbia and Hungary are not the “17+1”. The falling out between China and CEE was on display at the June 2020 high-level Belt and Road International Cooperation videoconference. Apart from Serbia, Hungary, and Greece, the other CEE states refused to take part in the meeting. So why is China’s infatuation unrequited by most CEE states?

Firstly, after five years of “17+1” summits, Beijing had missed its window of opportunity. Despite lavish promises, there has been extraordinarily little Chinese investment in the CEE region. The Czech President Milos Zeman, one of the most pro-Chinese politicians in the region, pointed to the lack of Chinese investment in his country as the reason for snubbing the projected 17+1 summit earlier this year. In fact, the summit had to be postponed due to the pandemic, but now it is unclear whether it will ever take place. Most CEE states have insisted on holding the China-CEE summit only after the EU-China summit, which was planned for September 2020 in Leipzig. However, since Germany announced its cancelation, it seems that both the 17+1 and the 27+1 meetings have been postponed indefinitely. A major recent study has uncovered that rather than passive recipients of Beijing’s influence, the CEE states have been pushing for the introduction of EU standards in the activities of the “17+1”.

Secondly, most CEE states have been reassessing their interdependence with China. While the decision of the Prague city council to end the sister-city relations with Beijing in favour of a partnership with the Taiwanese capital Taipei grabbed international media attention, it was the Hong Kong protests that have turned the tide. For CEE states, the overthrow of communist regimes in 1989 still represents a significant cornerstone of their political identity. Already in July 2019, the Slovak President Zuzana Čaputová criticized the visiting Chinese Foreign Minister Wang Yi for his country’s treatment of human rights activists. At the same time, the adoption by Hong Kong protesters of tactics pioneered by the anti-communist movements in the region – such as the Lennon Wall and the Baltic Way – resonated with many people in the region. This also had the unintended effect of bringing the protests to the streets of CEE cities. In August 2019, Chinese diplomats in Latvia were among a group of pro-Beijing protesters, who attacked a gathering for solidarity with Hong Kong. A month later, in Prague a group of self-styled “Chinese patriots” defaced the original Lennon Wall with graffiti celebrating the 70th anniversary of the founding of the PRC. In December 2019, a Chinese tourist desecrated Lithuania’s Hill of Crosses pilgrimage site, by destroying a pro-Hong Kong cross. Confirming the continuing significance of 1989 to the identity of CEE states politicians from Albania, Bulgaria, Czechia, Estonia, Slovakia, Slovenia, Hungary, Lithuania, and Poland were among the signatories of a protest letter against China’s introduction of a national security legislation in Hong Kong.

Thirdly, many CEE states see China as a threat. For some, such stance is associated with picking sides in the nascent Cold War between the US and China. Following American pressure, Poland, Czechia, and Estonia have already indicated that they will be banning Huawei from the construction of their 5G networks. For a similar reason in May 2020, Romania announced that it is cancelling a deal with a Chinese company to build a nuclear powerplant. Others, such as Latvia, have gone on record to declare China as a threat to their national security. This view is driven by the perception of a “dragonbear” alliance between Moscow and Beijing which undermines the democratic institutions and the sovereignty of CEE states.

Such trends do not bode well for China’s outreach in the region. Most CEE states have been socially distancing from Beijing even before the pandemic. The adage that it takes two to tango, applies to international politics as well. Rather than a long-term partner, China appears to have been a fleeting interest whose appeal quickly wore off. The end of any affair is rarely pleasant and the relationship between exes is even less so. It seems that both Beijing and the CEE capitals are about to learn this.

An Alarm Signal for Democracy

Persistence Against the Odds: How Entrepreneurial Agents Helped the UN Joint Inspection Unit to Prevail