History Without Ideology. A Review of Robert Bickers’ “Out of China” 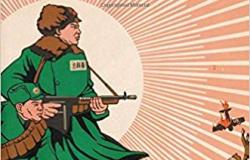 Out of China: How the Chinese Ended the Era of Western Domination by Robert Bickers. Harvard University Press. 2017.

If Boris Johnson is Serious About “Doubling Down” on UK R&D Investment, Here is a Way To Do It

The Fragile Lightness of Freedom: The Berlin Wall, Thirty Years On