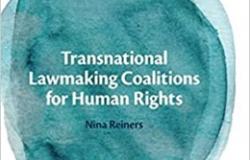 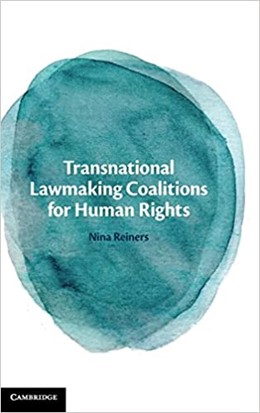 In a vast scholarly field which focuses on the origins, limitations and strengths of international human rights, Nina Reiners has written an exciting and original account of the production of new human rights norms, without purporting to provide an all-encompassing, single story. She achieves this by using the mechanism of general comments of UN treaty bodies as an entry point into the heterogenous, transnational and ephemeral dynamics of lawmaking and interpretation. General comments are part of UN treaty mechanisms which allow actors to interpret human rights law in order to clarify existing meanings, open up new legal horizons, and eventually influence, rather than just monitor, lawmaking (3). So far, over 175 general comments have been adopted, spread over ten treaty bodies.

The key questions that animate Reiners’ line of inquiry focus on how treaty bodies draft and adopt their interpretations through general comments, and what this means for studies of international organizations, transnational actors and international law. Going beyond formal institutional rules, the book centres on the informal, ephemeral and tight-knit social networks and actors which collaborate during the process of treaty interpretation (4). Reiners captures this heterogeneity with her innovative concept “transnational lawmaking coalition” (TLC) very aptly. TLCs seize upon lack of clarity in existing international human rights law as a strategic space to make effective, and often legally binding, interventions.

TLCs occupy a very specific, interstitial position. They are able to influence lawmaking in international intergovernmental organizations without the involvement of government actors, “thus cooperating outside the intergovernmental core but within its established institutional framework” (38). They work mostly through interpersonal relations (58) and are often quick and efficient in producing general comments (92). They are operating strategically in a transnational social space which grants them power for success without formal access to international organizations (113). Why does this process matter? As Reiners argues convincingly, “these instruments, which require no further ratification by states, may sway the future course of human rights protection” (8).

The book is a highly enjoyable read, as each chapter benefits from Reiners’ great attention to detail, excellent empirical evidence and emphasis on heterogeneity of actors, voices and strategies. This is particularly evident in her two case study chapters ‘How Water Became a Human Right’ and ‘Interpretation across Treaty Bodies’. In the highly illustrative case of water, she shows in a fine-grained analysis how innovations in human rights law are made possible through TLCs who often have representatives from or social ties with transnational advocacy networks (71). Other case studies include general comments on the right to life, specifically in the case of abortion, prohibition of torture and online hate speech. Finally, the book considers the role of governments in limiting the autonomy of TLCs.

In the remainder of this review, I want to raise three points. The first considers the relationship between Reiners’ ‘actor-centric’ approach and the transnational social space in which TLCs form and intervene strategically outside the boundaries of IOs (12). This connection between actors and spaces is hinted at in various places, particularly when Reiners stresses the interstitial position of actors vis-à-vis the UN, but not fully explored. Theorising this social space is key, as international lawmaking is characterised “by a (IO) border-crossing and networked structured” (13). It is also key as it qualifies the claim of TLCs ‘autonomy’ which at times appears absolute.

When TLCs are made up from specific professional spaces like (human rights law) academia, the central actors share social, cultural and other forms of capital, and not only “a causal and moral belief with other actors in the benefit of such activities” (41). Reiners evokes individual actors’ biographies in her empirical chapters quite effectively, and doing so more systematically and collectively could yield important insights into the dynamics of social and professional spaces from which such actors emerge and which shape their views, practices and strategies. Academics in particular occupy a central role in her account. Her focus on individual biographies of actors such as Nigel Rodley shows well why voices such as his carry a higher force within particular TLCs. Being effective and successful hinges upon the question of whose interventions carry more power.

My second point concerns the role of authority and authorisation which plays an important part in the book. As Reiners notes, “TLCs help to explain how actors who are not formally authorized to interpret treaties can do so anyway” (14). What forms of authority are at stake here? In addition to well-known and theorised forms of expert authority, Reiners seems to refer to an interesting, more heterogenous form of authority which fits excellently with her TLC concept: “General comments’ authoritativeness depends less on state recognition and more on the multitude of actors breathing life into their interpretations” (16). While the relationship between this multitude of voices and (individual) expert authority is not explored in depth, I contend that this observation opens up interesting lines of inquiry to study transformations of authority in IOs (see also p. 21). In the book, Reiners refers to a “blended authority” which combines expert authority, delegated procedural authority and broad recognition of a general comment by a wider audience (25).

My final point engages with Reiners’ key findings and normative orientation, which are often closely intertwined in the book. As she notes in the outset, general comments tend to catch up with social, political and economic developments, “reflecting changed normative orientations” (6). TLCs are particularly prominent during global challenges and crises, and “found in situations where states do not act (enough) on challenges arising for human rights” (139). She concludes the book with a powerful statement, drawing TLCs as “actors for progressive normative development […] which can contribute to the unmaking of global inequalities” (144-5). However, particularly in her case study on the right to life, TLCs with less progressive politics, such as anti-abortion groups, point to the usefulness of the concept beyond ‘progressive’ forces for ‘the good’. This opens up struggles between different TLCs for lawmaking influence. Relatedly, what counts as success in this context? Reiners notes that there is a need to study follow-up and the extent to which governments actually adhere to new interpretations. It is thus important to go beyond discourses which proclaim a major success.

Overall, Reiners’ book is rich in detail and a real delight to read for anyone interested in the human rights machinery of the UN, the making and innovation of human rights law and the central protagonists behind this process. It opens up numerous fruitful and interesting lines of inquiry which will inspire new scholarship on international law, transnational elites and professionals, and the transformation of authority in international relations. With transnational lawmaking coalitions, Reiners has offered scholars a very interesting and apt concept which captures the heterogeneity of international human rights lawmaking.

Dr Alvina Hoffmann is Lecturer in International Relations at the Department of War Studies in King’s College London.