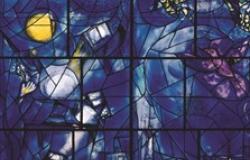 In this informed and intelligent book, Chandran Kukathas offers a freedom-based case against immigration control.  Unlike other freedom-based critiques, which tend to focus on the would-be migrant’s interest in the freedom to cross borders, Kukathas stresses the threat that border control poses to the freedom of the receiving society.  Controlling immigration, he argues, involves constructing a monitoring and surveillance apparatus that penetrates deep into society’s civil and political institutions.  This control comes at a high price: indeed, it may end by eviscerating the ideal of a free society itself.  If we cherish the ideal of free society, we should be deeply wary of border control.

That, in a nutshell, is Kukathas’s argument: he supports his case through an empirically-informed survey of immigration enforcement, and through rebutting economic, cultural, and self-determination arguments in favor of controlling borders.  Kukathas pays careful attention to the administrative techniques that states actually use to limit the numbers of people who migrate to their territory.  Chapter 2 offers a survey of the various status categorizations—student visaholder, temporary worker, resident without work authorization, and so on—involved in migration control.  Immigration control as actually practiced is less about policing the territorial border and more about policing people’s activities once they are “inside” the state: monitoring whether they attempt to work, study, marry, start a business, or engage in other kinds of activities that those in their status are unauthorized to do.

As Kukathas shows in Chapter 3, it is difficult to control the activities of unwanted migrants without also controlling the activities of everyone else. States establish apparatuses of documentation and verification: both citizens and foreigners need a passport, must stand in line to have their documents verified, and increasingly, must provide to the state their biometric information.  Immigration control also involves the establishment of interior “checkpoints” and immigration “sweeps” that often wrongfully deport or detain citizens or lawful residents, and may encourage racial profiling or other forms of law enforcement abuse.  Public and private organizations are required to serve as surrogate immigration enforcers.  In all these ways, states that wish to control immigration must regulate their own citizens and residents, and penetrate deeply into their business and civil society associations.

Is border control a perilous threat to the ideal of a free society?  In assessing this, it would have been helpful for the reader to have a more articulated definition of the ideal of freedom that Kukathas wishes to defend. Kukathas says little about freedom until the end of the book, and what he does say is susceptible to multiple interpretations.  For Kukathas, freedom consists “in not being hindered or obstructed in the pursuit of our everyday ends, or watched as we go about our business, or prevented from associating with others from whom we can profit or to whom we wish to show our liberality” (p.3).  The breadth of this definition raises the question of whether freedom, as Kukathas conceives it, is consistent with being governed at all.

Some of Kukathas’s freedom-based concerns would seem to apply to all state regulation. Individuals, businesses, and organizations have to keep records, carry documentation, and devote time and resources to complying with nearly any law.  This imposes some burden on them and limits their freedom to a certain extent.  Yet where the law serves a compelling purpose—such that its benefits clearly outweigh its costs—these concerns about hindrance to freedom are not especially weighty.  Workplace health and safety requirements and environmental regulations require businesses to engage in record-keeping, and demand the development of an official monitoring apparatus to ensure they are complied with.  Professional licensure requirements, child labor laws, and minimum wage statutes, much like immigration laws, limit employers’ freedom to hire whomever they like on whatever terms they wish.  But many people believe the state has a legitimate interest in regulating these matters. Sometimes restrictions on people’s freedom are warranted.

Still, there are three reasons why Kukathas’s critique of immigration control should provoke concern even for those who think the state can sometimes legitimately limit its constituents’ freedom.  First, Kukathas shows that to regulate migration, state power must penetrate far into people’s civil associations and intimate relationships, areas where liberals have long held that individuals should be free to develop their own autonomous ideas, projects, and relationships.  Through a troubling set of examples, he illustrates how immigration enforcement requires the internalization of a culture of surveillance by schools and universities, how it separates people from their loved ones, and intrudes deeply into their private relationships—e.g., by examining the steps necessary to prove that citizens are not involved in “sham” marriages to their immigrant spouses.

Second, Kukathas shows that immigration regulation incentivizes the arbitrary use of political power.  Immigrants have fewer legal rights and due process protections than citizens typically do, and immigration control is carried out by executive agencies that have a great deal of discretion and operate away from public view.  These aspects of immigration enforcement tend to weaken the rule of law.

Finally, Kukathas stresses how all this monitoring brings about an undesirable transformation in citizens’ consciousness.  As they acquiesce in these forms of control, people become more docile and tractable, accustomed to being managed and surveilled.  This disrupts the culture of independent, autonomous judgment, and vigilance against political authority, upon which the health of liberal democracy depends.

These features of immigration enforcement should trouble even liberals who hold that the state can sometimes legitimately restrict people’s freedom to do as they wish.  The freedom to choose whom to marry, to associate with others, and to be free from arbitrary arrest under the rule of law have long been held to be essential basic liberties constitutive of a free society.  Likewise, an informed citizenry capable of independently judging their government is an essential requisite of democratic self-governance.  If immigration control compromises these values, then it is more costly in terms of freedom than most other kinds of state regulation.  At the very least, imposing these intrusive regulations would face a high burden of justification.

Surveying common arguments in favor of controlling borders to protect a host society’s economy, cultural preservation, or self-determination, Kukathas holds that there is no compelling justification for regulating immigration on any of these grounds.  Those sympathetic to these arguments may quibble with some details of Kukathas’s presentation here.  Still, it seems to me that the central thrust of Kukathas’s argument stands.  Given that the apparatus of immigration control threatens intrusions into basic liberties, and may undermine the autonomy and vigilance of a democratic citizenry, the values secured by immigration control would need to be extraordinarily weighty in order to justify pursuing them by such means, and for the most part, that burden of justification cannot be met.  Whatever is plausible in the economic, cultural, or self-determination arguments can be pursued via less burdensome policy measures, or by restricting cross-border movement only temporarily and in exceptional scenarios.  Thus, Kukathas’s Immigration and Freedom succeeds in adding an important new argument to the immigration debate, one that should prompt many to rethink their views.