Book Review – War on Peace: The End of Diplomacy and the Decline of American Influence 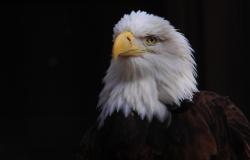 Ronan Farrow’s “War on Peace: The End of Diplomacy and the Decline of American Influence” is a captivating insider account of the militarization of US foreign policy. Farrow interviewed every living secretary of state from Henry Kissinger to Rex Tillerson, as well as lower-level diplomats that have served under different presidents. The book’s in-depth investigative reporting reveals a US foreign policy, in which the Pentagon and CIA have taken on roles once reserved for diplomats and aid-workers. As the book powerfully illustrates, this changes how foreign policy is conducted: it is no longer diplomats who talk to the other side in the US’s most delicate bilateral relationships, but soldiers and spies.

Farrow’s book sometimes reads like a spy novel—providing thick descriptions of the informal, relationship-based and secretive back-channel communications of old-school diplomacy. His book also describes the case of Robin Raphel, a veteran foreign policy official, whose attempts to establish a diplomatic rapport with Pakistani officials turned her into the suspect in a 2014 federal espionage investigation. It’s an investigation that illustrates how unfamiliar once-conventional diplomatic methods have become in a post-9/11 world. Such accounts are complemented with grim, very well-researched, case studies of how the US support for local rebel groups has contributed to proxy wars, instability and a lack of accountability in Afghanistan, Somalia and Syria. The book offers an invaluable service to those who have long argued that a militarized foreign policy produces instability, by going beyond the anecdotal and abstract and providing specific, recent cases of the destabilizing ripple effects of such a policy. Where the book could have been more incisive is in interrogating the ideological pillars, on which all of US foreign policy rests, as well as its historical context. From Farrow’s point of view, the problems in US foreign policy are defined in managerial terms (i.e. the problems are not primarily rooted in the ideology of US exceptionalism, but stem from too many intelligence and military officers rather than diplomats crafting policy). The motives of US foreign policy are not questioned, since the diplomats and even the celebrity generals, who Farrow portrays, largely want a more immediate stable outcome as they pursue legacy projects: but foreign policy is also driven by economic interests relating to oil and defence, which intersect with policymaking.[i]

Farrow describes a past in which US foreign policy was less encumbered by “mil-think”, a mindset that prioritizes military over civilian methods. He refers to times in which the US committed itself to the massive, non-military funding of the Marshall Plan and the building of institutions that undergird the liberal world order. These were times when US foreign policy was able to pursue policy-initiatives that were not dominated by military-planners. However, history is also rife with cases in which war and diplomacy were closely entangled. Farrow alludes to some of the proxy wars that were waged during the Cold War, but appears to depict US foreign policy of the past as a guide for how the US should engage with the world in the future.

Though his analysis is unflinching in investigating abuses such as the massacre in Dasht-i-Leili[ii], at times it appears Farrow treats the Secretaries of State that he interviews with too much reverence. One is left with the feeling that Secretaries of State are merely observers who have little agency over or complicity in the violence caused by the militarization of foreign policy. At one occasion, Henry Kissinger tries to end an interview with Farrow as the interview turns to more controversial subjects that go beyond “the general and philosophical.” One of the main protagonists, whom Farrow shadows, is the legendary diplomat Richard Holbrooke. His portrayal of Holbrooke, who served as a personal mentor for Farrow, is both affectionate and critical of his grandiose and abrasive interpersonal style. However, Holbrooke’s legacy in the Carter Administration—when he allegedly[iii] downplayed the genocide[iv] in East Timor as the Carter administration transferred arms[v] —is not commented upon in the book.

Farrow’s analysis is not only prone to understate the historical continuities of US foreign policy; it also does not sketch out alternative versions for a more constructive US engagement with the world. Farrow is neither a pacifist nor an anti-imperialist, which allows him remarkable access to sources and mainstream audiences. When Farrow chronicles how Trump spontaneously announces the possibility of military strikes against Venezuela, Farrow is critical of Trump’s impulsivity, but concedes that “this kind of hardball approach might well have found a place in aggressive diplomacy with Venezuela” (p. 283).

One of Farrow’s main laments in regard to the decline of diplomacy is that the US abdicates its “global leadership” role and China, which has ramped up its mediation efforts in places such as South Sudan, could fill the vacuum left behind. He borrows a term often used in foreign policy debates, but does not spell out what this “leadership” should look like. The world has seen a big decline in overall violence since the 1990s[vi] when, according to Farrow, the US turned inwards under the Clinton administration. Such dynamics beg the question: how exactly should the US lead, or perhaps coexist, with the international community? Even though Farrow does not answer such questions, “War on Peace” is an absolute must-read for anyone concerned about the US role in the world.

Dr. Jonas Ecke has conducted research for aid organizations in Ghana, Liberia and South Sudan. He is recipient of the 2012 Human Rights Defender Award given by the Society for Applied Anthropology. He currently serves as a Senior Research Manager at the Center for Peace Mediation (CPM) at the European University Viadrina: http://www.peacemediation.de/jonas-ecke.html

[i] For instance, for an up-to-date analysis of the role of arms exports in US foreign policy, see: The Cato Institute. 2018. Risky Business: The Role of Arms Sales in U.S. Foreign Policy. Policy Analysis, No. 836. https://www.cato.org/publications/policy-analysis/risky-business-role-arms-sales-us-foreign-policy (Accessed: August  6th, 2018)

[ii] An unknown number of Taliban prisoners reportedly were suffocated in containers or were shot by US-backed Afghani Northern Alliance fighters in the desert of Dasht-i-Leili. There are two US government estimates of the death-tolls: one estimating that more than 1,000 prisoners died, the other that between 1,500 and up to 2,000 prisoners died. Farrow alleges that both the Bush and Obama administrations covered up the massacre.

[iv] It has become academic consensus to describe the Indonesian occupation of East Timor as genocide. See:

[vi] The 2005 Human Security Report found that armed conflicts decreased by more than 40 percent since the early 1990s. The number of genocides and politicides (policies that seek to destroy a group because of its political convictions rather than religion or ethnicity) decreased by 80 percent between the 1988 highpoint and 2001. One of the causes of the reduction of conflict was that “US and Soviet military support to governments or insurgents fighting ‘proxy wars’ in the developing world largely dried up.” Human Security Center. 2005. Human Security Report 2005: War and Peace in the 21st Century. New York City: Oxford University Press.