How Europe Can Catch Up in AI 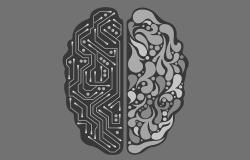 Whoever leads in this sphere [AI] will become the ruler of the world” said Vladimir Putin, President of Russia, in 2017.

In the twenty-first century, power will not only be determined by conventional means, such as the strength of the military or economic might — instead, with the advent of AI, it is the level of technological advancement that will play a paramount role in shaping the world of tomorrow.

In ancient times, land defined state power. The most powerful states of the time were also the largest — such as the Roman Empire, Persian Empire, and others. Following the advent of the Industrial Revolution, the importance of land declined as factories and machines entered the stage — since then, the most advanced countries are not necessarily the largest (Japan, the UK, Germany).

In today’s technological era, however, data will eclipse both lands and machines as the most important assets. Data is the electricity of the 21st century. It will power almost every innovation and define the new technological era. Already data flows exert a larger impact on GDP growth that traditional trade in goods and services do— and it is apparent that the role of data will only expand as humanity’s adoption of AI accelerates.

The rapid development and implementation of digital technologies facilitate the formation of a G2 world dominated by the US and China, with Europe lagging behind both countries.

There are no European alternatives to Google, Facebook, Microsoft, Amazon or Apple — in fact, in the recent rating of top global tech companies, there are no companies from Europe at all.

Out of Europe’s AI startups, 40% do not actually use AI. Only 10% of the world’s digital unicorns are from Europe, and only four European companies are among the top 100 global AI startups.

There already exists a large digital gap between tech leaders and the EU. Yet if the EU fails to implement necessary measures, the irreversible digital gap will be compounded by the AI gap.

McKinsey’s report finds that “… Europe operates at only an estimated 12 percent of its digital potential, compared with the United States’ 18 percent.” Despite the fact that European countries combined GDP is larger than that of the US or China, the digital portion of Europe’s ICT sector today accounts for about 1.7 percent of its GDP, lower than the share in China at 2.1 percent and only half the 3.3 percent share in the US.

The advantages offered by the use of AI and other new technologies are tremendous. According to the same McKinsey report, if Europe improves its AI capabilities sufficiently to catch up with the US, its economic output will increase by around €3.7 trillion by 2030.

EU must adopt a radically ambitious innovation and technology agenda if it wants to remain relevant in the new age. Yet more effort is needed. Although there is more than €20 billion worth of combined public and private investment from 2018 to 2020, that is not enough to ensure the success of European AI.

First and foremost, the European Commission should work on the creation of a single digital market so that companies could harvest and analyze data from all member states of the EU.

Data is AI’s oil, and the more data is available, the better are the algorithms. Partly the success of the US and China in AI is attributed to their huge populations. Europe’s population is larger than that of the USA and therefore provides great opportunities for AI-powered companies.

Though Europe is home to such famous AI startups as German Autolabs (voice assistants for cars), Quicit (which uses AI to make cities more efficient), and Amsterdam-based Brainengineers (emotion analytics company), these companies are trivial when compared to giants like Google, Amazon, Microsoft, Facebook, Tencent, Intel, Baidu, and Alibaba.

Thirdly, Europe, instead of focusing on ethical issues surrounding the advent of AI, should pay more attention to the development of the technology.

I would even say that Europe will be forced to sacrifice ethics for the sake of efficiency. After all, it is the lack of constraints on the use of personal data as well as the government’s strong grip on power that makes China one of the leaders in AI.

The European establishment is mired down in internal political and economic issues and has been unable to devote more time and resources to AI. But AI will determine the place of Europe and its role in shaping the future world.

If Europe wants to remain relevant in the new era and be a truly sovereign actor with independent , it must adopt a new AI strategy.

Sukhayl Niyazov is an analyst and freelance writer covering economics, politics, and technology. His articles have been featured in Human Events, Global Policy, Areo Magazine, Towards Data Science, and other publications. You can follow him on Twitter and connect with him via LinkedIn.