Live from the Bubble: life in the International Media Centre 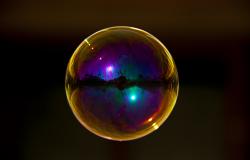 International Media Centre – G20 Buenos Aires Summit. The grass is greener on this side, but doused in pesticide. That’s how it feels entering the International Media Centre (IMC) at the G20 in Buenos Aires. Men in suits with big cameras walk up and grab unlimited coffees; people stand at the entrances handing out complimentary goodie bags containing reusable water bottles (despite the fact there isn’t a fountain in the entire IMC – just refrigerator after refrigerator filled with plastic bottles). In the well-lit cafeteria, more akin to a luxury resort than a global summit, wine is available on tap, provided by machines more reliable than the Wi-Fi. As soon as you empty your glass it is cleared away by the excess of staff, most journalists barely acknowledging their presence.

It’s easy to get swept away in the pomp and occasion of it all and forget that this is a nation in the midst of a crippling economic crisis. No matter how strong your convictions are, how passionate you feel about the unrepresentativeness of the G20, how angry you are about the failures of globalisation, the tables lined with cured meats, Argentine pastries and red wine put all of this to the back of your mind.

And for much of the world’s media, the only view they’ll get of life in this country is the ride from the airport to their hotel. Even during that car journey there are glimpses: barbecues on the side of the street, street art along the sides of bridges. But for many this will be little more than a sideshow, and in the bubble of the IMC, reality seems very far away. The bus that brings us here takes an extended route to avoid the protests, travelling down empty roads blocked off by the police. Presented with a sanitised version of the country that welcomes them, many journalists will rock up, report on the achievements – or lack of – of the summit, then move on to the next story.

Compounding all of this is the sheer self-obsession among the UK’s media. At exactly the moment that we are turning away from our greatest allies, and our Prime Minister is attempting to sell Brexit-Britain to the world's leaders, every single UK paper (bar The Financial Times) is focused on Tory infighting – or in the case of The Sun, Strictly Come Dancing. Among this narrow reporting, it’s important to remember that all of the lavish buffets are meant to be part of something greater. As the slogan for this summit reminds us, we are here to ‘help build consensus’. While the temptation is to look in on ourselves, and focus on the incompetencies of our government, the G20 is a reminder that now more than ever we need to reach out.  The G20 was, after all, created to respond to crises. Firstly, in the 1990s and again in 2008. While the focus these days may be more on Trump's tweets and bloody international incidences, there has been a wealth of work going into the discussions over the years, and for all of its failures the G20 offers a grand vision of a global community.

As for any moral qualms about the free food and wine in the luxury palace of the IMC, it’s worth reminding yourself that you can make more of a difference on this side of the grass than standing in the mud with the protestors – even if this feels like an excuse. As a colleague on the G20 team said – it’s easy to condemn corruption when it’s an African dictator living in a gated mansion, not so much when you’re benefiting from the free wine and empanadas.