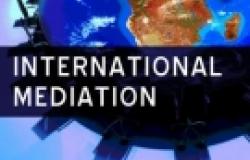 The profile and use of international mediation as a tool to resolve conflicts has risen in last decades – particularly since the end of the Cold War. The range of actors involved includes states, multilateral organizations such as the UN and the African Union, non-governmental actors at diverse levels, and new bodies such as the Friends of Mediation in the UN General Assembly. As the practice evolves, a growing academic literature on international mediation addresses actors and their tools and strategies, trends, modalities of mediation, and contextual factors that influence the process.

J. Michael Greig and Paul F. Diehl are professors of Political Science with previous important contributions to research on international mediation as a conflict management tool. In this volume they draw upon an extensive review of the relevant contemporary literature, data analysis about mediation, and case studies of historical examples including Bosnia, Burundi, Northern Ireland and the Middle East. The result is a concise but systematic review of international mediation in interstate and civil conflicts. The definition used here is based in the distinguished feature of “the introduction of an outside party into the negotiation process between the disputing sides with, at least partially, the aim of producing a settlement” between them (p. 2). A critical element is its voluntary character, which makes mediation highly dependent on the nature and circumstances of the conflict and its actors.

The book is divided into six substantive chapters. The first addresses what mediation is (and is not), how it is used and what features make this approach different from other tools of conflict management. Conciliation, consultation, pure mediation and power mediation are the categories used to distinguish types of mediation, depending on the level of involvement of the third party. One important issue is the role (and goals) of mediation in different stages and phases of conflict, ranging from escalation of tensions (pre-violence), armed conflict, after a ceasefire, and during the implementation of an agreement.

Two case studies illustrate different approaches and actors. The first case study is the facilitation role and later transition from Track II to Track I diplomacy, used in the process that led to the Oslo Accords between Israel and the Palestine Liberation Organization (PLO). The second one is the role of the Vatican in the Beagle Channel Dispute between Argentine and Chile, as an example of how a third party with few power resources but strong leverage over the parties can successfully mediate a conflict.

The second chapter has a strong focus on data analysis (although this approach permeates the whole book to some extent). The authors use Bercovitch’s International Conflict Management Dataset and the Correlates of War Project Database to chart a total of 2,632 mediation attempts in 333 conflicts from the end of World War II to 1999. Changing trends in violent conflict – from wars between states to wars within states, and from the Western Hemisphere and Europe to Africa and Asia – are to some extent mirrored in the evolution of international mediation. Efforts by different actors have soared after the end of the Cold War (64% of events took place in the 1990s); more attention is devoted to civil and internal wars; and there is a differentiated regional focus from the less-mediated region (Asia) to those ‘over-mediated’ (Europe and the Middle East).

Mediation is neither uniform nor random. Why? The authors point out to the existence of regional security arrangements (doctrines and institutions), the characteristics of the conflict and the interests of relevant third parties. In this regard, conflicts that draw the attention of multiple third parties are “those that are likely to be the most significant security threats to the international community, the gravest threats to civilians, or a combination of the two” (p.53). The example of the Sierra Leone war, in which 55 different mediators and teams were involved, is used to illustrate the complex array of factors influencing mediation.

Chapter three focuses on who provides mediation, including states, international organizations, NGOs, and civil society and individuals, and their motivations, with particular attention to the advantages and trade-offs of solo versus multiparty mediation. Humanitarian motives provide a key to the complexity of factors driving mediation. According to the data, major states tend to mediate on humanitarian grounds mostly in crises with a refugee component (i.e., regional stability), while leaving to middle powers and non-state actors those conflicts with the worst humanitarian emergencies but a less relevant refugee element (p. 81). Other factors include the mediators’ national or organizational interests and the preferences of the parties. The case study of Burundi focuses on the role of Julius Nyerere, Nelson Mandela and Jacob Zuma in mediating the 1994-2005 civil war and their contributions to end this intractable conflict.

Successes and failures of mediation are discussed in chapter four. Success in “getting the parties to the table” is explained through the concept of ripeness, developed by William Zartman in 2000, as a factor of pain (the conditions and perceptions of a ‘mutually hurting stalemate’, MHS), and promise (perceptions on ways out, including those shifts induced by past interactions according to contact theory, and the role of external shocks). In “getting to an agreement” the factors analysed are the mediator attributes, timing issues, the conflict context and the parties, including the role of spoilers. The Iran-Iraq war 1990-1998 and the process of reaching a mutually hurting stalemate is used as illustration, as well as the role of external intervention in triggering the development of MHS in the Bosnian war.

Chapter five looks at the interactions between different (sequenced or simultaneous) mediation attempts, and between mediation and other conflict management approaches such as peacekeeping. Grieg and Diehl analyse the theoretical rationales behind the optimistic and pessimistic views of that relation, before explaining that their previous work tends to confirm the latter. The so-called “peacekeeping-peacemaking dilemma” (p. 156) is analysed through the case of Cyprus, which has been the focus of interconnected mediation, diplomatic and peacekeeping initiatives.

The final chapter addresses two essential issues. First, the main problems identified by the authors in mediation practice are examined, including the mostly ad hoc character of the mediation “system”; coordination and consistency among conflict management techniques; attention to the different phases of conflict with adequate intervention planning; and how to mediate intractable conflicts. Second, the challenges and avenues for future research are outlined.

The authors cover some of the most pressing dilemmas faced by mediation actors. Somehow inevitably as a result of the time span of the data, some contemporary challenges are left aside, including the reduced space for mediation as a result of counter-terrorism measures in the wake of the ‘war on terror’, and situations of widespread violence driven by non-political actors such as organized crime and subsequent innovations in conflict management (e.g., the truce reached by the government and gangs in El Salvador in 2012). Mediation does not escape dilemmas that also affect research about (and practice of) other international tools for conflict management, such as tensions between universalist versus particularistic norms and values, and between minimalist / maximalist positions on building peace.

Irrespective of that, the overall result is a solid contribution to this field of research and policy practice. Further adding to its attractive qualities is an extensive bibliography and the list of mediated conflicts in the period 1945-1999 with total mediation attempts for each case. This volume is both a comprehensive review of mediation and an accessible tool that will be of use for scholars, practitioners and students of international relations, particularly those interested in international conflict management.

Mabel González Bustelo is a journalist, researcher and international consultant, specializing in peace and security. A contributing analyst to Wikistrat, she is also the author of "Narcotráfico y crimen organizado: ¿Hay alternativas?" (Icaria, Barcelona, 2014).