Stop Going with the ‘Flow’ in Migration Debates 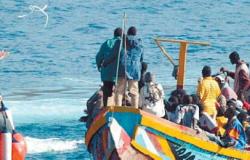 “Swarms of people.” This is how Prime Minister David Cameron describes children, women, men and families moving under precarious conditions to find refuge.

Cameron’s statement has been widely condemned by rights groups and opposition. This term, as Leigh Daynes, executive director of Médecins du Monde, states that “Using language such as ‘swarms’ presents them as some sort of coordinated threat”.

Holding Cameron accountable for his use of hostile language is necessary. Yet, it is not sufficient for critique to end there. The negative framing of migration is a wider problem – one that requires questioning seemingly neutral language that flows easily in daily conversation.

"Flows." This liquid metaphor is freely on tap and seems to spew from every direction to describe the movements of people seeking asylum.

In Europe, Chancellor Angela Merkel, celebrated for welcoming nearly 1 million refugees to Germany 2015, now states that “flows of refugees” must be stemmed. In Canada, cities like Toronto “request a pause in refugee flow”. On Twitter, tweets marry #refuggee #flow. Humanitarian agencies such as the UNHCR regularly report on migration flows, as do academic journals – including Global Policy.

In teaching a third-year university course on migration, I also notice the persistence of this term. In class discussion, students speak about flows of people on the move. I too find myself habitually drawn to this word. It glides off the tongue. It feels natural and comfortingly accurate.

Despite the seemingly natural, even official quality of this term, it is notably absent in one of the key documents defining refugee protection, the 1951 Convention relating to the Status of Refugees. In this 52-page document the word "flow" does not appear. Not once. The text often refers to the term “displacement” to describe the movement of peoples.

If the term flow is absent in the primary document establishing international protocol, why does this word so freely circulate elsewhere? And, what is at stake in this overflowing use?

Like all words, this term holds great power. It has the ability to shape worlds. It frames the contours of the migration debate—a deeply political and emotional terrain. Not long ago news website al-Jazeera made a similar point when it questioned and ultimately rejected the word “migrant”. Rob McNeil from the Migration Observatory echoed this, insisting that "words matter" when it comes to how we talk about migration.

Of course, any word could – and perhaps should – be subjected to scrutiny. Given its ubiquity across the political spectrum yet striking absence from the Convention, examining the term flow seems especially important.

The term flow is often understood as a verb, “to move steadily and continuously in a current or stream”. When we look at the numbers of people forced to flee their homes we certainly witness what might be described as a steadily increasing figure. But whose vantage point does this notion of steadiness assume? Would those people who cross the choppy Mediterranean Sea by dinghy describe their journey as steady?

My friend Bahjat Al-Mostafa, a web developer and Syrian refugee who fled to the Greek island of Lesbos by boat tells me that steadiness was not a feature of his trek. "Precariousness," this is one word Bahjat chooses.

His particular journey was neither steady nor continuous but highly erratic and tumultuous—one that brushed against the edges of death. Smugglers at the helm, this was no smooth passage. And land provides no permanent reprieve from the uncertainty at sea. After setting foot in Lesbos, Bahjat was told to keep moving. He kept moving and now lives in Berlin where he waits, indefinitely, for permanent residency.

This word flow distances us from such stories of struggle. It dehumanizes the actual traumas of migration and cuts us off from those who must take perilous journeys. It insulates us from the lived realities that migration is very rarely a steady, or somehow smooth, process. It does so while appearing benign.

Rather than revealing the realities of migration this word flow seems to say something more about the “us” who define crises. It reveals, perhaps, that the power to define migration does not often rest with those who have direct knowledge of what this movement looks like, and how it feels.

I ask Bahjat, "Do you consider yourself as part of a flow of refugees?" He responds, "I consider myself as one of the many people who cannot return home." He does not like the word flow. He views himself not as a faceless drop in a continuous stream, but -- among many other things -- a 32-year old hopeless romantic.

Flow tends to elicit another word: flood. This term has a tendency to conjure a sense of fear. Who wants to be flooded? While steadiness suggests continuity, flood suggests suddenness—a deluge that must be forcefully diverted.

Again, I ask Bahjat "What do you think of this term flood to describe migration?" He replies, "Obviously this word triggers anxiety. Panic, even, that a community or culture accepting refugees will become watered down, or will start drowning in newcomers." I ask him "is this a reasonable fear?" He answers: "The only ones who are drowning are the asylum seekers at sea."

Dr. Jen Bagelman is a Temporary Assistant Professor at the University of Victoria. She studies the intimate geo-politics of migration and author of the book ‘Sanctuary City.’

Book Review – The World’s Most Prestigious Prize: The Inside Story of the Nobel Peace Prize