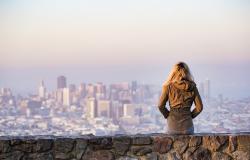 Shannon O’Connell, from the Westminster Foundation for Democracy, argues that COVD-19 epidemic is an opportunity to push the ‘restart’ button on women’s role in society.

I live in Northern Ireland, a small, charming part of the world that has had some big, devasting problems.

One of the enduring consequences of decades of conflict here is that our schools are segregated. It’s a complicated issue with layers of considerations, but the bottom line is that segregated schools are a real problem in a society trying to move away from a pattern of conflict. Multiple efforts to transform this system and integrate schools have been dismissed as too difficult or too disruptive.

But with the closing of schools as part of the government’s efforts to stop the spread of COVID-19, our definition of ‘disruptive’ has shifted completely. What could be more disruptive than the shutting of all schools to all children at all levels of education?

In recent days, there have been whispers: while this is going on and all the schools are closed, why not integrate the schools and leave them that way for when the children return? Really – why not?

And which other apparently entrenched and intractable aspects of our society might be transformed in our response to the pandemic?

There is a lot about the current situation with COVID-19 that is frightening and unknowable. However, there are also some extraordinary opportunities to do things differently – and do them better.

One of the most important areas in which we could use the current situation as an opportunity to do better is how we structure our societies around gender. The virus itself is not interested in gender, but the impact of social and economic responses to the virus are inextricably linked to gender.

There are some things that those involved in systems of governance can do to transform the current emergency into an opportunity to restructure gendered power norms and create healthier, more vibrant societies and communities.

Social and economic responses to pandemics are inextricably linked to gender

I heard a former senior police officer surmise in an interview that domestic violence “might” be going up at the moment. You bet it is. There’s no might or maybe on this.

In times of social and economic stress, reports of domestic violence go up. With restrictions on travel and socialising, many thousands of people across the globe have just lost their jobs and their livelihoods. Simultaneously, millions of us have been confined to our homes. The research of Professor Sylvia Walby tells us that women who cannot get their hands on £100 at short notice are three and a half times more likely to experience domestic violence. By how many multiples has that figure gone up in the last week?

We also know that in every society, women bear the majority of unpaid caring responsibilities for children, older relatives and the infirm. With schools, childcare and many adult care facilities now closed, societal caring needs have increased exponentially. Globally, women make up the majority of health and social care workers but are vastly underrepresented in senior positions in the health sector. This means that the bulk of caring demands falls to women with the least amount of input into decisions around the policy response, let alone financial return for their labour.

The health implications of this are significant. In the recent Ebola virus outbreak in West Africa, women were more likely to become infected with the virus because of their caring roles both within families and the health sector. They were also less likely to have a say in the policy response, and the redeployment of resources away from women’s reproductive health led to an increase in maternal mortality.

Women are also far more likely to be financially and economically vulnerable. In the UK, women hold 70% of jobs that are not entitled to Statutory Sick Pay. Women have also carried the bulk of the impact of global austerity policies in recent decades and the consequences of stripping away public services. In some societies, this has manifested as complete failure to deliver public services of any value as the money went instead to private bank accounts and elite capture. Whatever the scenario – corruption, privatization or bank bailouts – public resources were shifted away from the basic needs of women, young people, persons with disabilities and vulnerable populations towards economic activities dominated by men. By any standard of measurement, the net result has been higher levels of inequality and social and economic distress in our societies.

So, what can we do now to transform the current emergency into an opportunity to restructure gendered power norms and create healthier, more vibrant societies and communities? Here are a few recommendations for those involved in systems of governance:

Conduct rapid gender analysis now and use it to inform all aspects of the immediate policy response.

The first thing international humanitarian assistance organisations do when responding to an emergency to is conduct rapid gender analysis to assess the impact of the situation on women and men, girls and boys, and LGBT+ citizens who are often at higher risk of harm. This analysis incorporates other intersectional factors as well – for example., disability, education, or income – and recognises that in times of crisis the needs of all people are equally important, but they are not identical. Without this information, critical decisions about medical, physiological and financial responses are blind guesses. The state of many societies now can only be considered an emergency. Rapid gender analysis must be conducted as a matter of urgency.

Women’s needs and economic activity are frequently overlooked in governmental recovery programmes, yet they are essential to rebuilding a healthy society. WFD has useful guidance on how parliamentary and civil society actors can conduct sound gender analysis, even when there are concerns about a dearth of data (hint: going out and getting the data is the first step in addressing the issue effectively).  Likewise, the Women’s Budget Group has excellent resources on how to incorporate gender analysis into all aspects of the budget process. These are good practices for actors involved in decision-making to adopt permanently. Societies that actively pursue gender equality achieve better outcomes in multiple areas including length and quality of life, public health, prosperity, stability and education.

Get women and girls into decision-making processes in a way in which they can speak with authority about their practical and strategic needs.

This doesn’t mean we ‘just add women’ to whatever systems are already in place; it means creating new or modified structures that accommodate different styles of communicating, measuring and managing risk and exercising leadership. This needs to happen at all levels – from the global health security surveillance structures to national economic forums to village and local councils. The benefits to gender balanced decision-making processes are manifold and well-documented, and include substantial health gains.

This can be done quickly to address immediate demands, but it also requires a long-term perspective to recognise that women’s leadership: is profoundly valuable; doesn’t always (and shouldn’t) look like men’s; and, is already happening every day and must be supported and sustained.  Among the bad habits we must break to come out the other side of this crisis in good form is the practice of giving women de facto responsibility for keeping society, families and communities from falling apart during crises and emergencies, and then stripping them of all authority as soon as the situation begins to ‘normalise’. (For reference, see every war in history.)

This is another area that requires an immediate response as well as longer-term thinking. Rates of violence are going up now and require emergency investment so that health, psychosocial and shelter services and facilities are sufficient, and so that the policing response is appropriately skilled, trained and resourced. The latter point is not a mere platitude. Police rank among the least trusted institutions in many societies and if the existing policing structures cannot deal effectively with domestic violence then this needs to be urgently addressed or another response mechanism must be put quickly in place that can make a positive difference to the well-being of those affected.

Beyond the emergency response, this is a critical area for leadership. UN Secretary-General António Guterres has called for a global ceasefire saying, “The fury of the virus illustrates the folly of war.” He is of course correct, but we must also disabuse ourselves of the notion that armed conflict between groups with acronyms, battalions and flags is the only ‘real’ conflict. Toxic gender norms in many societies mean that countless people experience the trauma of warfare in their daily lives and relationships, or even in simply trying to travel to school or to earn a living. Addressing gender-based violence is the ceasefire – the real downing of weapons  –  that this profound societal disruption offers a chance to address.

It’s time to push the ‘restart’ button on women’s role in society. When we do this, we all get healthier, we all get happier, and our societies will recover faster from the medical and economic emergency we are currently enduring.

Shannon O’Connell is WFD’s senior gender and politics adviser. Shannon has extensive experience in politics, policy advocacy and elections. She has worked on more than two dozen electoral campaigns, largely for women candidates and has served as a policy and strategy advisor to elected officials and political party leaders, both in government and opposition, as well as a coach for candidates and strategist for political parties. She was also an advisor and campaign manager for the Northern Ireland Women’s Coalition in their first elections after the 1998 Good Friday Agreement.

Photo by picjumbo.com from Pexels