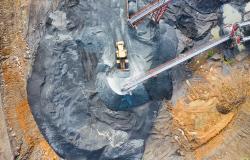 Jordy Lee and Morgan Bazilian explain why supply chain disruptions from COVID 19 are indicative of larger problems within the mining industry. Without holding mining Environmental, Social, and Governance (ESG) reports to a higher standard, the developmental changes and supply chain transparency required for a low-carbon future are unnecessarily constrained.

As COVID-19 continues to affect global trade, it is becoming increasingly clear how unmapped mineral and metal supply chains are, even for those within the industry. With many metal producers caught off guard and struggling to find alternative sourcing for materials, previous ESG commitments and claims of supply chain tracking should be taken with a grain of salt.

Earlier this year, Rio Tinto, the world’s second largest mining company, announced its plans to spend $1bn to reach net zero emissions by 2050; a commitment that would require all of its material and energy inputs to be properly accounted and sustainably sourced.

The pledge continues the trend of sustainability announcements by international mining companies, including BHP’s $400m plan to combat emissions across its entire supply chain, and Vale’s announcement to set downstream targets to help limit emissions produced by their customers.

What is not generally discussed with these financial pledges and carbon goals is that the mining industry does not actually investigate its own supply chain, it disagrees on how to calculate its emissions, and it relies heavily on a general disconnect between “trusted data” and necessary ESG responses.

Figure 1: Scope 3 emissions as defined by the Greenhouse Gas Protocol

The importance of comprehensive ESG accounting has developed through industry reports showing that Scope 3 emissions – indirect emissions that occur in a company’s value chain (Figure 1) – are roughly 90% of total company emissions, and that just 100 companies are linked to over 70% of all GHG emissions since 1988.

As Scope 3 emissions include the use and processing of sold products, the fossil fuel industry has long since faced environmental pushback from their role in the combustion of coal, oil, and various gases. For the mining industry, the involvement of coal companies in these metrics, and the numerous emissions intensive steps involved in turning ore into a finished product, have also raised concerns. Combined with increasing interest in maintaining their social license to operate, mining companies have begun to publish annual, self-produced ESG reports to convey their relative sustainability.

Meant as a way to convey positive operational changes, the ESG reports relay emissions data and typically refer to the categories outlined in the Greenhouse Gas Protocol. Generally viewed as the standard for emissions reporting, the protocol is cited by Rio Tinto, Vale, BHP, Glencore, and virtually every major mining company that reports its GHG emissions to third parties (such as CDP).

However, while the protocol provides recommendations on what to include, the actual calculations are at the company’s discretion. From an accounting standpoint, this has led to companies choosing what emissions they perceive as relevant and then deciding how to calculate those values. In CDP reports, companies can write “not evaluated” for GHG emission categories they don’t wish to report, such as “purchased goods and services” and “upstream transportation and distribution”.

More relevant to the recent supply chain disruptions are that the data used by companies to calculate emissions values are also not standardized, and do not have to come from their own supply chains or operations. Because of this, companies openly report that 0% of their emissions were “calculated using data obtained from suppliers or value chain partners”, meaning that none of their information comes from their real-world interactions.

As of the 2019 reporting cycle, BHP, the world’s largest mining company, was the only company to fully disclose how they calculate all of their emissions. They admit their methods were meant to serve as a “conservative estimate” and employed “double counting”, but still did not use actual data from their supply and value chains.

Vale, the world’s third largest mining company, reported a nearly 80% increase in Scope 3 emissions from 2017 to 2018, but declined to explain why. Normally increases in emissions stem from increases in production, but Vale produced less minerals in 2018 than it did in 2017. In their sustainability report, they mention Scope 3 emissions only once, and state that their values were “very similar to that of 2017”, despite the extra 258 million tonnes of extra CO2-e they produced.

Rio Tinto only uses two sentences in their most recent CDP report to explain the 536 million tonnes of greenhouse gas emissions they reported for steel production. This is despite recently announcing a deal with their partner, China Baowu Steel Group, to help curb Scope 3 emissions. As Baowu is one of Rio’s largest customers, the announcement implies that Rio Tinto has an understanding of its Scope 3 emissions, is aware that the emissions are large enough they need to announce its reduction, but chose not to include the values.

What does it mean for the Future?

The global pandemic has demonstrated how little supply chains are explored, and from this, it is important to start holding the minerals and metals industry to a higher standard. Governments, investors, and companies are all interested in navigating upcoming developmental changes, but for the mining industry, the challenge is harder than most.

The future energy system is sure to be more metal intensive than the current one, and it has become clear that the extractive industry is not ready for sudden shifts in supply and demand. As more low-carbon energy technologies come online, the demand for minerals and metals will increase, and how these “critical minerals” are sourced is a generational challenge that cannot be inhibited by single points of failure or by relying on other countries to carry the emissions load.

S&P-Global recently labeled the mining industry as having the highest environmental and social risk of any industry. Indeed, the world’s largest asset manager BlackRock, with $7.4 trillion under management, began the year by stating that climate change will “become a defining factor in companies’ long-term prospects”, and that they plan to steer away from high-carbon projects.

With these developments, it is understandable that the mining industry is doing everything it can to present itself as sustainable and avoid actual transparency with their supply chains. The problem is that without supply chain reporting or an an underlying calculation framework, there is no way to create trusted data.

The numerous, complex changes in reporting requirements (Figure 2) have progressed through consumer/investor pressures to use disclosure programs that offer unique insights and indicators for specific environmental impacts or concerns related to the energy transition. However, there is no universally recognized method for measuring and assessing impacts, and no way of externally verifying reported values for the mining industry.

More succinctly, until underlying standards or certification schemes are built, the numerous frameworks will be limited it their ability to convey emissions and operational changes. With each company using the platforms and standards uniquely, there will remain an essential conflict between financial costs and sustainable development, resulting in a mining industry that operates at the lowest possible common denominator and relies heavily on China to operate.

Thus, developing an underlying methodology would benefit the transition to a low-carbon environment and industry alike. The sooner that we can get to a point of comparability and accountability, the sooner companies can be open about investing in costly, long-term projects to change the way they operate for the better.

Morgan Bazilian is the Director of the Payne Institute and a Professor of public policy at the Colorado School of Mines. Previously, he was lead energy specialist at the World Bank. He has over two decades of experience in the energy sector and is regarded as a leading expert in international affairs, policy and investment.

Jordy Lee is a research associate at the Payne Institute for Public Policy at the Colorado School of Mines. He is currently aiding to develop public policy initiatives on the materials of the energy transition and the future of oil & gas. He also represents School of Mines in the development of a carbon accounting framework for the mining industry through an industry led consortium.

Beyond the Military Domain: A Potential Role for the Quad in South Asia