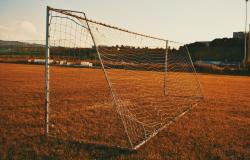 Thomas Ameyaw-Brobbey examines the interplay of sport and politics to determine how it shapes serious competition in Group B of Qatar 2022.

Sports analysts and football fans worldwide discuss the Qatar 2022 World Cup groups, pointing to Group E as the toughest. Nevertheless, this conclusion is based on sporting merits, including FIFA ranking and historical pedigree. In this piece, I turn to international political relationships to situate the ‘group of death’ in Group B. Thus, the purpose is to discuss how politics and sport bound up with one another to draw attention to how politics may shape sport to make Group B the ‘group of death.’ How may politics shape Group B’s strength to influence a ‘group of death’ performance?

Group B encompasses England, Iran, the US and possibly Wales, Scotland, or Ukraine. The US and Iran are geopolitical rivals. The US and England are brethren and allies. England also endures frosty relations with Iran. Although not discounting Ukraine, the group could be joined by Wales or Scotland which have their issues with England. Thus, I argue that there is likely to be more politics – that transcends leaders – than sports in Group B, making the group competitive. First, politics could influence political leaders to invest in the teams to demonstrate superiority beyond power capabilities. Second, it could influence popular national pride to build high national expectations to make the group’s competition more serious.

Diplomatic relations between the US and Iran severed in April 1980 from an Iranian revolution. Revolutionary leader, Ayatollah Khomeini, turned Iran from a pro-West monarchy to an anti-West theocracy. Relations have been characterized by civilian and military attacks and counterattacks, and increased sanctions. Since declaring Iran as an “Axis of Evil” in 2002 for aggressive pursuing nuclear, the two have continuously battled on a nuclear deal. The US and its allies believe that a nuclear-armed Iran would pose a global existential threat. Nevertheless, some scholars argue that the Middle East would be more peaceful if Iran gets nukes because it will ensure nuclear balance and enhance deterrence while others oppose this idea. The frosty relations go beyond the governments. Americans see Iranians as terrorists with about 74% negative views in 2020. Iranians also see Americans as invaders and dangerous with a negative perception of 86% in 2019. Promising revenge for Qassem Soleimani and Mohsen Fakhrizadeh’s assassination in 2020 that resulted in a mistaken shooting of a Ukrainian passenger plane, this negative view is likely to increase.

The US has no closer ally than the UK. Thus, the US-UK “Special Relationship” plays a major role in shaping US-Europe relations and the course of the international system. The two sides have maintained foreign policy congruence throughout modern history, albeit with occasional disagreements. The UK endures a tensed relation with Iran, dating back to after World War I. The two restored limited ties through lucrative defense contracts and investments throughout the 1970s although relations remained beholden to historical mistrusts and grievances. Mostly domestic and regional events, including the 1979 Revolution and its attack on the US embassy, the 1980 Iran-Iraq war, and British hostages in Iran and Lebanon renewed tensions. Starting from 2002 with President Bush’s “Axis of Evil” speech, the UK-Iran strain relations compounded due to the UK’s inability to diverge from the US. The 2003 US-UK invasion of Iraq and issues involving the Iran nuclear deal have entrenched tensions. Recently, Iran resorts to civil attacks such as capturing a UK vessel, and several arrests of British or British-Iranians on spying charges, perceiving the British as foreign interventionists and imperial arrogant.

Historically, the UK’s union has been uneasy. Thus, London promoted devolution to shift powers to the units, allowing them to maintain their unique identities to contain separatist urges. Nevertheless, tensions have persisted with increased nationalists’ nostalgia for independence, although stronger in Scotland than in Wales. The countries harbor some injustices. For example, Scots are aggrieved that their natural resources, for example, the North Sea oil fund are exploited by the Westminster government. In Wales, “Remember Tryweryn: Remember what England does to Wales” – referring to drowning Capel Celyn in 1965 to supply water to Liverpool – remains in memory. Brexit has fueled Scots independence agitation because they voted to stay in the European Union but were taken out against their will for being a UK member. Thus, in 2020, independence agitation edged up to 50%. Ordinarily, Scots and Welsh see English as hooligans. Thus, they support anyone playing against England. They also chafe against the English’s loud-mouth media, obsession with the 1966 World Cup win, arrogance, repression and dominance.

Undoubtedly, the group’s Iran-related tensions are severe. Thus, games involving Iran would not just be football. Moreover, a Wales/Scotland-England match would exhibit unique characteristics. The group is a perfect conduit to assert domination or reject subordination. Likely to use each game to make political statements of strength, political leaders are expected to adequately resource the teams for enhanced performance. Generally, sport functions successfully as a political tool when states have image problems to start with. Thus, Iran is hoping to correct its terrorism image. Wales/Scotland will hope to disabuse the notion of subordination to a brethren. The US and UK would hope to assert strength and disabuse perceptions of loud-mouth paper tigers with nothing, except guns, to show.

The bond between politics and sport is a historical phenomenon. All kinds of states and regimes utilize sport as a means to an end, manipulating it to achieve political objectives or to express political message to domestic or international audiences or both. Thus, I conceptualize sports politics as the interplay and the intersection of sport and politics. Resembling the diversionary politics or theory of war, disgruntled leaders use national sports to entertain their citizens and temporarily distract attention from acute socio-economic and political problems. Domestically, sport engenders an emotional feeling of national pride which provokes a feel-good factor among a dissatisfied population.

The ancient Greeks and Romans used sport as a military training exercise to prepare for war. The Romans even staged large-scale sports spectacles to mobilize large crowds to distract the attention of the war-weary citizens. The 1936 Berlin Olympics is considered the first blatant manipulation of sport for political gains. Hitler sought to propagate the Nazi regime and the Aryan superiority. Nelson Mandela used the 1995 Rugby World Cup to mobilize South Africans around a national consensus that eventually helped unite a divided country on a verge of civil wars. Internationally, East Germany developed an elite sports system and successes in Olympic medals in the 1970s and 1980s became cultural diplomacy to achieve far-reaching foreign policy objectives: increase international authority and image, prestige and legitimacy, and growing strength.

The inextricable bond between sport and politics has induced leaders to influence or enhance the performance of national sports representatives through doping. For example, some scholars believe that state-sponsored doping was a major characteristic of East Germany’s successes. German political elites at least partly tolerated doping to save face. The World Anti-Doping Agency banned Russia for state-sponsored doping. Russia is believed to resort to doping because sports successes boost Vladimir Putin’s approval rating.

What makes Group B particularly interesting is that tensions go beyond the state level, expanding to involve ordinary masses. Sport and politics bound up to engender a sense of national pride among people, thus, creating a feel-good factor. This is an emotional phenomenon, relating to the metaphysics of life. Thus, a win for any team in any of the group games would create a feel-good factor and national narratives – stories of triumph – that would make up the country and the people’s past, particularly the weaker sides. Due to the present tensions among the teams, media framings and pundit discussions are likely to create a high public expectations. Thus, losing a game would be humiliating, corresponding to losing pride such as turning superiority into inferiority in the case of the greater powers or affirming inferiority in the case of the smaller powers. Government investments and people’s expectation to settle people-to-people scores would increase pressure on players and make Group B’s competition more serious.

Despite sport’s ability to communicate political messages, I must note that its impact is temporal and unstable. However, it offers long-term bragging rights and assertiveness but it does not win wars. Nevertheless, the desire to transfer off-the-pitch politics to the pitch is likely to make Group B competitive.

Thomas Ameyaw-Brobbey is affiliated with the Faculty of Business and Law, Manchester Metropolitan University, UK.