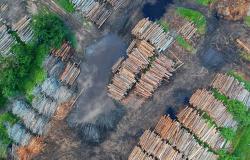 The consequences range from economic to legal problems. A major trade deal between the European Union and Mercosur (involving Brazil, Argentina, Paraguay, and Uruguay) is currently blocked over concerns over deforestation and its negative impact for the Paris Agreement goals. And even if the trade deal is ratified, the agreement includes a clause requiring “measures to combat illegal logging and related trade.” EU members will be able to use formal dispute procedures to file complaints against Brazil – with US and Argentine producers will be more than happy to fill the void.  However, there are concerns that other trade deals – i.e., with the US – will face similar issues.

From a financial standpoint, the Amazon fires in 2019 marked a turning point in public opinion concerning Brazil’s approach to the environment. International investors and commercial partners began to actively investigate Brazil’s environmental policies, and deforestation became a real risk to financial flows into the country.

Domestically, the Bolsonaro administration is being questioned in the Brazilian courts over its omission and inaction on environment stewardship and climate change. The number of lawsuits filed with the Brazil Federal Supreme Court have increased since fires in 2019, the most recent being a solid legal case concerning the failure to achieve Brazil's climate target in 2020.

The formula to halt deforestation is no secret, and Brazil has deployed this method with considerable success in the recent past, when we achieved an 80 percent reduction in deforestation.

It consists of enforcing environmental legislation on the ground, designating public lands for conservation or other uses so that these areas are not vulnerable to land grabbing, and transitioning jobs from deforestation-dependent activities to other industries. Of course, applying this formula requires political leadership and societal support.

To stop deforestation, the government should use its authority to increase the real risk.  Further, Brazil should have protected public lands in order to prevent the illegal encroachment of indigenous lands and protected areas by ranchers, farmers and miners.

However, only 5 percent of criminals who set fire to the Amazon rainforest in 2019 were punished.

In 2019, around 94 percent of deforestation was associated with illegal activities. In this way, we are very far from the 2030 target.

As a presidential candidate, Bolsonaro promised to undo Brazil’s environmental regulations. As president, he has made good on that promise and more – he has pushed a range of anti-environment measures that, if enacted by Congress, will cause irreversible damage to the rainforest. This political climate sets the expectation that, even if deforestation increases, those responsible will not be punished. In fact, between 2019 and 2020, the number of penalties issued for climate-related crimes was the lowest in 24 years. Repeatedly Brazil’s president and cabinet ministers refer to law enforcement as a burden for the farmers.

Land grabbing – a practice by which criminal organizations invade public land, clear-cut forests and apply for government agriculture aid – is a widespread problem. Bolsonaro publicly defended illegal loggers who were caught in the Jamari National Forest.

What is more, Brazil’s funding for combating deforestation is at its lowest level in 21 years. This is not because of a lack of resources: Brazilian authorities already have BRL 3 billion (USD 500 million) invested by Norway and Germany. However, the government froze those funds because they were allegedly benefitting state governments and civil society organizations which are not considered allies to the current administration.

All this marks a dramatic reversal on Brazil’s track record on environmental issues. There has been a noticeable shift from science-based policymaking and intelligent law enforcement to discretionary decision-making with zero enforcement practices.

In the past, the country greatly expanded its number of indigenous reserves and protected areas, which now encompass more than half of Brazil’s Amazon rainforest. Indigenous people have 20 percent of the Brazilian Amazon territory, which used to be effectively protected.

However, the lack of state support in stopping illegal encroachment by non-indigenous ranchers, farmers and miners has allowed for increased violence and deforestation. This directly threatens the survival indigenous peoples and local communities. There are deadly conflicts unfolding – and many indigenous forest protectors have already been killed.

Land invasions by miners and loggers are increasing steadily alongside the rising price of gold in the international market and the domestic unemployment rate, which has been greatly affected by the pandemic. The COVID-19 pandemic has not slowed the influx of miners and loggers into indigenous regions – land invaders do not quarantine.

One example is in the Yanomami Indigenous Territory, an area on the border of both Colombia and Venezuela. More than 20,000 gold miners have illegally occupied land in this region since early 2019. Because of these land grabs, the risks of COVID-19 infection are growing: illegal miners and loggers are vectors of transmission, and specialized clinics are not available in the area. A 15-year old Yanomami boy was the first reported COVID-19 death of an indigenous person in Brazil in 2020. Unfortunately, at least 1,000 indigenous people have died from the COVID-19 in Brazil so far.

Trump's announcement in 2017 about the US’ withdrawal from the Paris Agreement set off a negative domino effect in Brazil concerning environmental policies. Under the US’s Biden administration, we are on the cusp of a – hopefully – positive turn. Some of Biden’s appointments and early actions in the Oval Office already indicate to the international community that he has genuine interest in adopting a new approach to climate policy.

The world is watching to see how the US will step up to lead on climate issues in this critical decade. Since his campaign, US President Biden signaled that there could be economic consequences for Brazil if President Bolsonaro does not properly deal with deforestation.

After the US elections, the Brazilian government already softened its tone on climate and environmental issues, seeking to establish a diplomatic channel with the US. However, no concrete policy changes have been enacted so far.

Brazil needs to urgently regain control over deforestation in the country. If the Amazon is destroyed, carbon emissions will rise so high that the entire planet – not just Brazil – will suffer the consequences. In the 1960s, only 1 percent of the Amazon was destroyed – today, we have lost as much as 20 percent. Science tells us that if we cross the 25 percent threshold, there is a real and considerable risk that the rainforest will reach a tipping point and lose its capacity to provide ecosystem services, like global climate regulation. For this reason, I hope that the Biden administration will use its political influence to encourage Brazil to get back on track before it is too late.

Natalie Unterstell is a director of Talanoa think tank and a member of the Climate Finance for Latin America and Caribbean Group (GFLAC).  These are strictly the personal opinions of the author of this piece and do not represent the official positions of Tanola, GGF 2035 program and partner organizations.

Photo by Pok Rie from Pexels