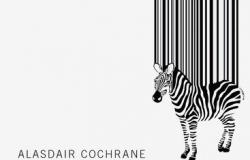 When outlining the moral and political significance of the capacity for conscious experience (sentience) in Chapter 2, Cochrane follows Peter Singer (1986) in arguing that all sentient creatures have equal intrinsic moral worth due to their ability to feel and respond to their experiences, and deserve ‘equal consideration’ when actions and policies are formulated. However, he breaks with Singer’s utilitarianism by (re)locating the principle of equal consideration within his own rights-based approach (Cochrane, 2012). Taking the interests of sentient creatures as the point of departure, this approach defines ‘rights’ with reference to those interests that are of such great importance for them that they impose moral duties on others. While arguing that an assessment of various interests and the attribution of rights and duties will necessarily be contextual, Cochrane specifies two prima-facie rights possessed by all sentient creatures – namely, the ‘right to life’, and the ‘right not to be made to suffer’. Based on the additional claim that the moral worth and rights of sentient creatures can only be properly protected through politics, the duty to create and maintain a political order that is up to the task follows logically.

With regard to the nature and shape of such a political order, Cochrane argues in Chapters 3 and 4 respectively that equal consideration and protection of rights require it to be both democratic in the sense of comprising institutions that are ‘participative, deliberative, and representative, and underpinned by a set of entrenched rights’ (p.36), and cosmopolitan in the sense of being comprised of overlapping local, national, regional and global communities, with the power of each determined by who is likely to be affected by their decision-making. With reference to limitations on animal self-representation, he argues further that democratic institutions must include ‘dedicated animal representatives’ tasked with translating the interests of both domesticated and wild animals into deliberations over what is in the public good. With regard to his view that a sentient political order should be cosmopolitan, this follows from an assessment of how the existing and any reformist state system will fall short of equal consideration and protection of sentient rights due to coordination problems related to issues of common concern, the transnational impact of political decision-making and behaviour, and the bias of states in favour of their own citizens’ interests.

In Chapter 5, Cochrane counters Sue Donaldson and Will Kymlicka’s (2011) view that the rights of wild animals living apart from humans should be protected through their recognition as sovereign communities by arguing that their rights can be better protected through ‘habitat rights’ within shared political communities. Related to this, he discusses some potential problems with a global political order consisting of mixed human-animal communities. One such problem concerns how the cosmopolitan right to free movement can imply further human expansion into wild animal territories; but Cochrane argues that wild animals’ interests and rights will be duly represented to limit this. Another potential problem concerns how positive duties of assistance to wild animals can imply massive human interventions into nature, but he argues that such duties will be limited by the prospect of interventions being both effective and proportionate. A somewhat different problem concerns the extent of diversity that should be permitted in the protection of animals, which Cochrane discusses in relation to both individuals’ personal choices, and communities’ institutional schemes and treatment of individuals (Chapter 6). In both cases, he argues that the worth and rights of sentient creatures act as ‘justified constraints’, and that political institutions will be obliged to intervene in ways depending on considerations regarding efficacy and proportionality.

Finally, Cochrane seeks to convince readers that the creation and maintenance of a sentientist political order is indeed possible (Chapter 7). In this connection, he stresses the importance of a civil society with ‘sentientist solidarity’ – that is, ‘a citizenry with feelings of shared affiliation with sentient non-human animals, as well as a commitment to the institutions designed for their protection’ (p.120) – and argues for its cultivation through both multifaceted activist efforts, and the provision of sentientist civic education. Furthermore, he argues in favour of reforming several existing international institutions (e.g. international animal welfare provisions, UN institutions, and human rights mechanisms) on the road towards a sentientist political order. In a final discussion on ‘radical direct action’, Cochrane claims that it will likely be counter-productive due to current social attitudes, and that ‘the use of persuasion, rational arguments, the arts, democratic processes, and so on, all seem like the more appropriate means to press for wider structural reforms.’ (pp.137-8)

This is very much reflected in Sentientist Politics, as Cochrane’s wish is clearly to persuade readers of his case for the creation of a sentientist cosmopolitan order through rational argumentation. Undoubtedly, he argues very well and with great clarity, systematically supporting his ideas and proposals with chains of arguments, while acknowledging difficulties and engaging with possible objections throughout. Overall, the book makes a significant contribution to the ‘political turn’ in Animal Ethics, which he and others have promoted for some time (e.g. Garner and O’Sullivan, 2016). The case for this is repeated in the short concluding chapter, where he also pushes for what amounts to a ‘sentientist turn’ in Political Science. Just like his book represents a fundamental challenge to the ‘partial, biased, self-interested and incomplete’ (p.141) nature of most cosmopolitan theory, he calls for a concern with non-human sentient creatures to be incorporated across all Political Science sub-fields. In this connection, there is little doubt that the ‘animal question’ is becoming increasingly salient in both the practice and study of politics, and one can easily anticipate Cochrane’s book figuring prominently in both scholarly discussions on how to take animals seriously as political subjects, and university courses dealing with animals in a political context.

However, the book also has the potential to attract much criticism. This can certainly be expected from people subscribing to the ‘common sense view’ of humans having higher moral worth than other sentient creatures, and one can only hope that they carefully (re)read Cochrane’s brief discussion on this (pp.18-21). Moreover, a critical response can be expected also from many animal rights scholars and activists who otherwise would embrace the idea of ‘global inter-species justice’. First, they can find Cochrane’s rights-based approach problematic due to how proclaimed differences in ‘cognitive complexity’ work not only to constitute certain common rights as stronger for humans (e.g. the right to life), but also to deprive animals of certain rights granted to humans (e.g. the right to freedom or not to be treated as property). Second, they can find his liberal-reformist approach to social change problematic due not merely to all the animal suffering and killing that will continue until reforms can possibly make a big difference, but also because it seems to neglect powerful interests and structures driving and underpinning much of the suffering and killing in question. This concerns not least economic interests and structures, which some would argue play an important role also with regard to how politics and civil society can possibly operate in a (neo)liberal world. Against this background, anybody tempted to pick up Cochrane’s book for a stimulating read might consider complementing it with more interdisciplinary and ‘radical’ literature emanating from Critical Animal Studies (e.g. Nocella II et al, 2014).

Tore Fougner is Associate Professor in the Department of International Relations at Bilkent University in Ankara, Turkey. His current research focuses on non-human animals and human-animal relations in world politics.

From There to Here and Beyond: A Friendly Rejoinder to Davidson et al.