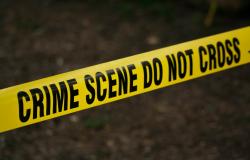 Andi Hoxhaj argues that the UK must tackle domestic corruption whilst fostering international cooperation to address transnational crime after Brexit.

The negotiations on the future relationship between the UK and the EU are resuming again as both  Prime Minister Boris Johnson and European Commission President Ursula von der Leyen agreed on 15 June 2020 not to extend the transition period beyond December 2020. Much of the talks on the future UK–EU relationship are on trade, with the German government claiming that its expecting the trade talks to enter a ‘hot phase’ in September 2020. However, little attention is being paid to the future of ‘police cooperation and judicial cooperation in criminal matters’ with the EU, and the UK capacity to fight organised crime after Brexit, given that the UK will no longer be a member of the Europol or able to use key tools such the European arrest warrant, with policymakers and experts warning that the UK could see a surge in human trafficking and drugs entering the country.

The repercussions of Brexit on UK membership of Europol

The UK and EU have stated their commitment to a security partnership comprising ‘law enforcement and judicial cooperation in criminal matters’, but the UK, by virtue of no longer being an EU member state, will lose access to vital resources provided by membership of Europol that are valuable to the UK’s ability to combat organised crime. These include access to the Europol’s central intelligence database (EIS), the Schengen Information System (SIS), and collection of air passenger data (PNR). Although, the ‘UK–EU Political Declaration’ calls for working together to ‘identify the terms for the UK’s cooperation through Europol and Eurojust’, it is inevitable that access to Europol resources will be reduced after January 2021.

Researchers and experts predict that the most likely outcome after Brexit is a ‘second-tier membership’ to the Europol, similar to arrangements that Europol has with the U.S. and Denmark, which in political terms would seem an acceptable agreement for the UK government and the EU at the moment. However, in practical terms, first the UK will lose its seat at the Europol Management Board and have ‘observer status’ on the board, so it can participate in meetings but does not have voting rights, nor official influence on the strategic direction or day-to-day management of the agency. Second, the UK law enforcement agencies will not be able to ensure guaranteed access to real-time data that it has enjoyed as a full member of the Europol. Instead, the UK, as a potential ‘second-tier member’ in Europol, will have indirect access to databases and be required to submit case-by-case requests. The UK is so far pushing for an arrangement whereby it can request access to the Europol databases without justifying its request, but Germany has blocked such arrangement unless it is subject to the jurisdiction of the Court of Justice of the European Union for protection of data.

The House of Commons Home Affairs Committee suggested that Europol membership is essential to tackling everything from terrorism to organised crime, trafficking, and modern slavery. The Home Office has itself admitted that access to Europol data is critical to the UK law enforcement agencies’ capacity in fighting organised crime. This is because UK government agencies carry out approximately  250 000 searches of Europol databases per year, losing such real-time access by moving to a case-by-case request arrangement will harm UK law enforcement capabilities in responding to fastmoving investigations, reducing overall effectiveness in responding to organised crime threats.

The implications of Brexit on the European arrest warrant

In addition to losing membership of Europol, UK law enforcement agencies’ capacities will also suffer from losing their access to the European arrest warrant, a loss that the former UK Prime Minister Theresa May argued during her time as Home Secretary would turn the UK into ‘a honeypot for all of Europe’s criminals on the run from justice’.

The UK has already been given its first taste of what life post-Brexit means for the UK law-enforcement agencies’ capacities and the implications that Brexit will have on key tools such as the European arrest warrant. For example, Austria, Germany, and Slovakia have notified the EU that they will no longer extradite their own nationals to the UK, owing to provisions in their constitutions that forbid the extradition of their nationals to non-EU states. Furthermore, these EU member states have expressed their concerns given the uncertainty regarding the legal provisions which will be put in place in the UK after its withdrawal from the EU. They fear that the rights citizens enjoy under EU law may not be fully guaranteed in the UK after Brexit.

Should the UK exit the EU without a new agreement on extradition, and so far it seems that the UK will withdraw from the European arrest warrant, the UK may be able to fall back on the European Convention on Extradition. However, researchers and experts suggest that the process of extradition can take more than 20 times longer under the European Convention on Extradition. This process, however, is political and diplomatic rather than inter-agency, with conditionality that does not oblige participating countries to extradite their own nationals, nor does it place a strict time limit on the extradition process itself.

If the UK wants to maintain its current arrangements on extradition post-Brexit, it is likely that the EU will demand a stronger role for the Court of Justice of the EU and the safeguarding of their citizens’ rights under the EU law. However, Prime Minister Boris Johnson’s government is adamant that the European Court of Justice should play no role in the future relationship between the UK and the EU, and it seems unlikely that the UK will accept such a settlement.

Impact of Brexit on Serious and Organised Crime

The UK is considered an attractive proposition for illegal drugs trafficking by transnational organised crime networks, with London’s cocaine market worth an estimated £1bn a year – or put differently, London alone consumes more cocaine per day than Amsterdam, Berlin and Barcelona put together. With illegal drugs entering into the UK through the EU member states such as The Netherlands, Belgium and France the UK will have to maintain close cooperation with EU member states in order to successfully tackle illegal drugs being smuggled into the country.

Ultimately, the UK’s ability to access key information from conducting joint investigations on organised crime and its ability to learn from EU member states will be seriously challenged by Brexit. It is important, therefore, for the UK to maintain as close ‘police cooperation and judicial cooperation in criminal matters’ with the EU as possible and rework a number of new bilateral agreements with EU’s institutions, its member states, and international partners.

However, for the UK to be successful in tackling organised crime at home, i.e. limiting the distributor capacity that have hold of the UK’s cocaine market, it first has to develop closer cooperation with police and law enforcement agencies from both the EU and the Western Balkans. Forging these post-Brexit links are going to pose a political challenge to the UK without the diplomatic incentives associated with EU enlargement as part of the policy toolkit. Any bilateral security agreements between the UK and Western Balkan countries must also be linked with reciprocal trade and investment in order to provide sustainable political buy-in. So far, the UK’s policy towards the Western Balkans has overly focused upon security issues that are beneficial to the UK, and less so for the Western Balkans.

A headline grabbing focus on tackling the suppliers of drugs is an easy way of showing that the UK government is doing something about tackling organised crime. It is also beneficial for intangible illegal drug initiatives to shift the blame for policy failures onto foreigners that provide the illegal drugs in the UK drug markets, which both major media outlets and politicians have done on many occasions for Eastern Europe, Western Balkans and Albanians, rather than questioning the underlying issues surrounding high levels of domestic use of illegal drugs.

The difficulties the UK will face in post-Brexit policy responses to transnational organised crime will require a broader response in terms of both reducing domestic consumption, and therefore illegal drug demand, as well as a coordinated intergovernmental response to the transnational nature of modern organised crime. The UK government needs to focus on developing a set of clear policies for co-ordinating judicial and policing cooperation with other European states in the post-Brexit political world.

Dr Andi Hoxhaj is a teaching fellow in law at the University of Warwick, and a researcher on the EU law and policy, corruption, rule of law and the Western Balkans. He is an author of a new book ‘The EU Anti-Corruption Report: A Reflexive Governance Approach’, and a reception of the prestigious British Academy Rising Star Engagement Award. Twitter account:  @Andi_Hoxhaj

Photo by kat wilcox from Pexels