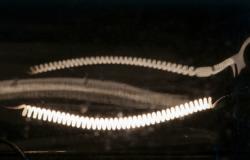 Ann Florini argues that agreements on climate and energy in 2015, and rapidly developing technologies, are creating opportunities that policymakers should seize.

Until recently, global energy policy - to the degree there was any meaningful globally coordinated energy policy – dealt overwhelmingly with oil. Now, a new agenda and new set of actors is coming into play. The world needs a fundamental change in energy systems to meet the challenges of the 21st century. The task is to provide more energy to more people without fostering runaway climate change or going to war over resources. With formal global agreement in 2015 on the need to move rapidly toward decarbonisation of the energy system, while simultaneously providing energy access to the billions who currently lack basic energy services, and with strikingly rapid technological advances on renewable energy sources and smart grids, the new global governance agenda for energy now overlaps with global environmental governance and the poverty alleviation agenda.

First, however, the oil story still deserves attention, given that oil drives almost all transport almost everywhere and remains the world’s most important traded commodity. Having been dominated by Western multinationals until the 1970s, global oil policy took a sharply new turn with a more vigorous role for the Organization of Petroleum Exporting Countries (OPEC) with the oil shocks of that decade, and the creation in response of the International Energy Agency (IEA) by the world’s major oil importing countries in 1974. Over the subsequent few decades, oil began to be traded primarily through spot markets rather than company-dominated long-term contracts. OPEC continued to try to play a role in stabilising oil prices via production sharing agreements, which never worked very well. And the IEA created a system of oil stockpiles among its members that can be used to smooth over extreme oil supply shocks. In the 1990s, the two sets of countries got together in the International Energy Forum, which brings ministers and others together to talk about stabilising oil prices and increasing the transparency of this famously opaque sector. The wild price swings of the past decade make it clear that policy coordination in this area has far to go.

Fast forward to the current decade and global energy policy has changed dramatically, moving far beyond questions of oil. Clear national and global goals for energy policy were set in the Paris climate agreement and the United Nation’s Sustainable Development Goals (SDGs), both in 2015. The latter includes SDG7 which specifically focuses on the need to improve energy access for the billions who lack it around the world, while ensuring that increased access goes hand in hand with decarbonisation. Meeting these goals will require a massive shift to non-carbon renewables such as wind and solar to provide power – so it is fortunate that renewable technologies are rapidly advancing in capacity and falling in price. But regulation, finance, and bureaucracies are just beginning to adapt to the new energy agenda. A host of global governors, from the G20 to the United Nations to the International Monetary Fund and World Bank, whose previous role in energy governance was limited, are now involved in a host of initiatives aiming at transforming everything from fuel sources to energy finance.

Finance is where the most significant global policy change is happening, and that change is being driven, rather surprisingly for students of global governance, by the United Nations Environment Program (UNEP) and the G20 – not usually everyone’s top candidates for effective international governance. It is obvious that the newly agreed goals of global energy governance can only be achieved if very large-scale financing for the infrastructure of green energy is available, financing that goes well beyond what individual governments will be able to provide. Yet the private sector, which has many trillions of dollars looking for good investments, has little incentive to align its financing with the global goals under current regulatory structures. So achieving good global energy governance requires changing how the financial system is regulated and, therefore, what incentives are provided.

In January 2014, UNEP launched an Inquiry into the Design of a Sustainable Financial System. Over the course of the next year and a half, the Inquiry identified and publicised scores of innovations and experiments being carried out in a host of countries to green the financial system, from green bond guidelines in China to stock exchange disclosure requirements around the world. It got such traction that China picked up the momentum in its just-concluded chairmanship of the G20, creating a Green Finance Study Group and incorporating the UNEP Inquiry team as the Secretariat – an unprecedented interaction between the G20 process and the United Nations. Germany, which has just become the G20 chair, is carrying forward this work, and also expanding it into a new track focused on non-G20 developing countries. Because these conversations are happening within the G20 finance ministers track, this process is forcing global attention to the need for and potential of sweeping innovations in financial regulation.

This is just one of the areas demonstrating potentially significant shifts in the conception and practice of global energy policy. Under the Clean Energy Ministerial, an annual gathering of energy ministers from the countries responsible for almost all clean energy investments, for example, major energy consuming countries are working together on practical steps forward on a large scale. And perhaps most interesting of all, the innovations are not limited to the public sector. Thousands of companies have publicly committed to sweeping changes in their own energy practices, often registering these commitments in a dedicated portal (the Non-state Actor Zone for Climate Action, or NAZCA) run by the United Nations Framework Convention on Climate Change Secretariat. At the Paris climate meeting in late 2015, the private sector was on hand, with Bill Gates and other very wealthy investors making a public commitment to investing large sums in long term, patient capital in support of energy technology innovation of the kind that may be needed to meet global climate goals.

It is, of course, impossible to know now whether this widespread flurry of activity will bring about significant transformation in the energy sector. But the striking agreements on climate and energy in 2015 and rapidly developing technologies are creating opportunities that policymakers should seize. Much of this will be at the local and national level – for example, city planners should move faster to institute dramatically improved building codes and to rethink transport policy. But finance, technologies, and information on best policy practices all cross borders and thus need the appropriate global governance systems to ensure that progress is rapid and persistent in this dramatic new phase of global energy governance.

Ann Florini is Professor of Public Policy, School of Social Sciences, Singapore Management University; and Non-resident Senior Fellow, Foreign Policy Program, Brookings Institution. Her work focuses on governance, with particular attention to the roles of civil society and the private sector in addressing global issues and on the roles of emerging Asian powers.