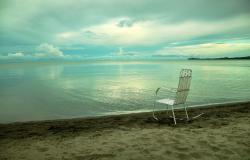 International Media Centre – G20 Buenos Aires Summit. Latin America is a region that has little weight at the G20 with only three of its twenty countries represented at the forum. Therefore, the 2018 Summit in Buenos Aires is a vital opportunity to forward the region’s agenda and draw attention to both the needs and the potential of Latin American countries. The Argentine presidency’s vision tries to reflect its national identity by including agenda items such as infrastructure and food security that are a priority to developing countries not only in Latin America but also in Africa and Asia.

In fact, there has been a great deal of coordination and cooperation among the sherpas of Mexico, Brazil and Argentina to identify the issues that the region is interested in. However, certain topics are not included in the agenda because of the trade-off between specificity and applicability that is present at the G20. Because of this, crucial issues for the region such as the Venezuelan migrant crisis are not going to be addressed.

Nevertheless, both cooperation and the effectiveness of the discussions will be at risk during the summit. The Mexican and Brazilian presidents are soon to leave office now that elections have taken place and a new president has been chosen. However, the main problem is not the change of leadership but the divergent positions that the incoming presidents take. On the one hand, Mexico’s President-Elect, Lopez Obrador, has a strong left-wing orientation, whereas the Brazilian President-Elect, Jair Bolsonaro, is a right-wing extremist. On the other hand, both of them display significant differences with their respective incumbent presidents.

This poses a risk for the Latin American strategy of cooperation in the G20 forum. First, it is possible that the mandates of current Mexican President Peña Nieto and Brazilian President Michel Temer to negotiate will be considerably reduced. This is likely to happen not only because they are leaving office soon but also because Nieto’s party, the PRI, only secured 16.4 per cent of the votes in the recent election, and the current Brazilian president has an approval rate of only 2 per cent. Given that the G20’s recommendations are not binding, to what extent are they going to be able to articulate long-term commitments that they are unable to enforce? One of the biggest criticisms of the G20 is the absence of binding regulations. When it comes to a wider agenda for development that focuses not only on financial issues but tries to put people at the centre of discussions, it is necessary to ensure ways to implement and monitor these suggestions.

Second, the three Latin American countries at the G20 are going through different internal situations: Argentina is facing an economic crisis, Mexico is dealing with the uncertainty of trade agreements with the US and Canada, and Brazil is facing numerous security problems, combined with the dilemma posed by Bolsonaro’s initiatives to solve such problems that could have a detrimental impact on human rights.

The cases of Obrador and Bolsonaro represent a change of perspective in Latin America given that both of them were elected on a nationalist platform based on tackling internal problems. It is yet to be seen how this distinctive context will affect the negotiations and the commitments that Mexico and Brazil will undertake during this year’s summit. Still, two things are certain: it is far from ideal for the G20 to be held in the region; and even if there is a chance that the Latin American countries present a united front forwarding the region’s agenda, the changes in the domestic political context will affect the region’s strategy at the forum in the long run.

Why the US Recognition of the Armenian Genocide Matters