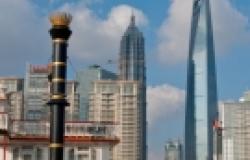 On 16 November 2014, the last day of the G20 summit in Brisbane, Australian Prime Minister Tony Abbot announced that the members of the G20 had agreed that China would host the summit in 2016. This decision drew barely any attention from the world’s media. Yet there is deeper significance behind this announcement in terms of Asia’s potential role in global leadership.

Within the Club of 20, the announcement was the culmination of the agreement that – after the so-called “troika” of Russia in 2013, Australia in 2014 and Turkey in 2015 – the “annual presidencies of the G20 will be chosen from rotating regional groups, starting with the Asian grouping comprising of China, Indonesia, Japan and Korea”.

The Australian PM emphasized that an “overwhelming number of G20 members” had supported the choice of China as the host of the 2016 summit. However, beneath the surface, tensions had been simmering between the two largest economies in the East Asian region, China and Japan for the last decade, and particularly since 2010. Locked in a territorial dispute over a set of small islands in the sea between China and Japan, it was said that both Beijing and Tokyo wanted to host, in part, to out-do the other. Some G20 observers speculated that Indonesia might turn out to be the compromise candidate (South Korea already hosted in 2010, and was not in the running this time).

Looking back, it was hard to bet against a so-called “rising China”. But heretofore, China was conspicuous by its absence as a summit host. This was especially notable considering its rise to global prominence amid the 2008-9 Global Financial Crisis (GFC), and its aftermath. Instead, it was the old G7 who monopolized the hosting of the early G20 summits – Washington, London, Pittsburgh, Toronto, [Seoul], Cannes – and only thereafter that the middle and rising powers had a look-in – Los Cabos, St Petersburg, and Brisbane.

Some voices within China and some outside had called on China to step up and play a bigger role in global governance, especially in the wake of the GFC, and as befitting of the reality of its position as a great power (returned). At the same time, there are, and will continue to be, many who question China’s capability to exercise global leadership.

Until recently, Beijing has side-stepped the host function, and approached the G20 process as a transitionary coordination mechanism rather than a permanent grouping (Chin 2010). But China’s new leader is different from his immediate predecessors, in terms of ambition, and a willingness to act on those ambitions. It is no longer head bowed. President Xi Jinping has set what most can agree is a commanding presence, not only domestically with the anti-corruption campaign, but also internationally, by calling for a more prominent role for China in the world, and supporting the launch of a host of new China-led international arrangements, that include a large measure of Chinese financial diplomacy such as the BRICS bank, and the Asian Infrastructure Investment Bank. In pondering about 2016, the Chinese President and senior strategists decided that the time is ripe for China to host the G20 summit – and their diplomats pressed the case.

Nonetheless, Tokyo could not be counted out, especially with the current Japanese Prime Minister’s desire to cut a more robust international profile for Japan. Under Abe Shinzo, there has been a shift away from Japan’s traditional liberal, pacifist-oriented internationalist role towards a more hard-nosed Realism. Some might even say that Abe has instrumentalized the mechanisms of global governance for the promotion of Abenomics and more proactive contributions from Japan particularly in terms of international security. In an attempt to secure the role of G20 host, Prime Minister Abe would have looked to lean on Japan’s traditional G7/8 allies for special backing from the older club of great powers, in addition to support from newer allies such as India and Australia.

In the end, the G20 decided it would be China. Many of the members of the self-styled “premier forum” for managing the global economy decided it was time for China to receive its due in global power-sharing and also to step up more on global burden-sharing.

For Tokyo, there was undoubtedly some disappointment. The Japanese media reported that Japan had sought the G20 presidency, but was hindered by its recent revolving door of Japanese prime ministers, and was left disappointed (once again) despite receiving Abbot’s initial endorsement (Nihon Keizai Shinbun, 15 November 2014, evening edition).

Although the decision was “warmly welcomed” by China’s leaders, this is not a time to stand still. Beijing now inherits the mantle – or, more accurately, the challenge – of Asian leadership in the world.

During the last decade, prominent Asian opinion shapers have called for Asia to play a bigger role in shaping the global agenda. Others inside the region have called on Asian nations to coordinate more and better between themselves, and in the global arena, especially on global financial stability and on maintaining an open world trading system. These are bedrock issues of the G20 agenda. While some have hoped for the emergence of more formal regional caucusing in Asia, (questioned by Dobson 2011), others remain sceptical about the possibility for collective action within the region, including China’s actual commitment to multilateralism. So far, there has been little coordination between East Asian members of the G20, except for, perhaps, during the year when Korea held the revolving presidency.

Beijing welcomes the host decision as it provides another opportunity, alongside the 2014 APEC presidency, the establishment of the aforementioned new multilateral development banks, and a slew of other new international funds, for China to make its presence felt in international society. One cynic called the decision Beijing smog winning out over Japanese radioactivity (Record China, 19 November 2014). More to the point, it presents China with an unparalleled opportunity to reach out to its Asian neighbours, and others, to build a set of shared positions on the agenda, priorities and key deliverables for the upcoming summit in 2016.

As host, China will face the challenge of building on Turkey’s efforts in Antalya in November 2015. It is important for China and its regional neighbours to act on this unprecedented opportunity to breathe new life into the G20 growth and development agenda, that has been stymied by the ongoing Eurozone crisis, or distracted by the national priorities of revolving host presidencies (in countries which have looked to punch diplomatically above their weight). A revitalized G20 could help the global community move toward new frameworks for global governance, for managing the world economy for “stable, balanced and sustainable” growth and development coming out of the 2008-9 GFC.

At first blush, there is reasonable cause for pessimism, especially on Asian global leadership. Sino-Japanese tensions have run high for the past decade, especially since 2010, and have only abated very recently, with the awkward handshake between President Xi and Prime Minister Abe at the APEC summit in Beijing in November 2014. At a more fundamental level, the two countries have differing preferences on the central mechanisms for global governance, with Tokyo displaying a clear preference for the more exclusive club of the G7/8, and Beijing backing the more unwieldy G20 from the get-go. Japan’s preferences have, at times, led to inconsistent, compromised and contradictory behaviour within the G20 process. It has sought to behave as a responsible member of the G20, but does not want the larger club to succeed at the expense of the G7/8.

Tokyo’s ambiguity undermines the coherence of its approach to global governance within the G20, while its support for the G7 seems to constrain its commitment to greater regional cooperation. Nonetheless, Japan continues to be an influential force within the region, and globally, and it is in China’s interests, as well as Japan’s, to stabilize their relationship going forward. The return of Japan, China and South Korean finance officials, recently, to their trilateral cooperation meetings in September 2014 – after a two-year hiatus – is indicative of awareness on all sides, at a deeper level, of the need for the largest economies in East Asia to cooperate and coordinate. At least at the official level of financial ministries, and foreign affairs ministries, efforts are now ongoing to smooth over the geopolitical tensions, and return to cooperation within the region.

China needs to take a robust engagement approach to its turn as G20 president, as the summit in 2016 provides a platform for China and the Asian neighbours to present fresh ideas and approaches to solving issues of shared interest, and global need, such as securing financial stability, supporting infrastructure development and modernization across the world, the financing of environmental protection, and energy supply and consumption – matters of importance to all. In terms of summit architecture, China (Japan, South Korea, Indonesia) and Asia would make a pioneering contribution by providing 3-years of funding to establish a new G20 Coordination Office, to be headquartered in a key international hub such as Singapore, which could be tasked with providing a measure of continuity amid the revolving presidency, and oversight on follow-through on the summit agenda.

Gregory Chin is Associate Professor of Political Science at York University, Canada, and Hugo Dobson is Professor of Japan’s International Relations at the University of Sheffield, UK. Between them, they were in the media center for every G20, G7/8 and G8+G5 summit from 2008 to 2013, tracking the summits as academic researchers. They also participated in the policy and scholarly conferences at each of the summit locale during these years.