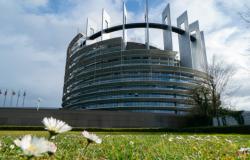 The European Parliament is a unique transnational representative and democratic institution. It also has a reputation for being the most pro-gender equality actor among the EU’s decision-making institutions. The proportion of women MEPs in the parliament has steadily increased and is currently at 40 percent. The Parliament hosts parliamentary bodies, such as the Committee for Women’s Rights and Gender Equality (FEMM), which are tasked with ensuring a gender perspective is included in all policymaking. Despite a downturn in EU gender equality policies in the 2010s, the Parliament has generally been supportive of gender equality.

Yet, this picture has become fractured in recent years. Polarisation in the Parliament has increased with the influx of radical right populists. Gender is an important factor in this polarisation. One recent analysis indicates that after the 2019 European Parliament elections, the number of MEPs that oppose gender equality and women’s rights had risen to over 30 percent (around 210 out of 705 MEPs) – essentially doubling in comparison to the previous legislature.

A plenary session on 21 January this year provided an example of the variety of strategies and alliances which some radical right populists employ in the European Parliament to oppose gender equality. The Parliament was debating – as it often does – several topics related to gender equality, including the European Commission’s Gender Equality Strategy; a FEMM Committee report on the gender impact of the Covid-19 pandemic; and gender and the digital economy. Many of the speeches would have caught the ear of a feminist listener.

Several radical right populist MEPs from the European Conservatives and Reformists (ECR) and Identity and Democracy (ID) groups used the occasion to ridicule gender equality. One argued that debates on “gender and common sense” should be held, while another suggested that playing cards might soon be in the firing line “because the King is worth more than the Queen”. Statements like these are designed to delegitimise the progressive politics of the Parliament and trivialise the issue of gender equality, which is a fundamental right and core value of EU democracy. Examples such as these serve to illustrate the need to understand how opposition to gender equality is expressed in the European Parliament.

In a new study, we analyse the strategies used by radical right populists in the 2014-19 European Parliament to oppose gender quality. The aim of these strategies varies: from mobilising sympathisers and demobilising opponents; to defining the boundaries of ‘elites’ and ‘the people’ in populist politics; and shaping the borders of what is possible in terms of gender equality politics and policies. Such discourses are important not only in relation to their impact on policies, but because of the effect they have on the parameters of debates.

In the European Parliament’s plenary sessions, this approach serves to oppose gender equality and create a hostile environment for advancing it. The key populist elements of this opposition to ‘gender ideology’ include constructing an image of corrupt international elites interfering in national politics and imposing political correctness. The EU itself is often portrayed as a harmful proponent of ‘gender ideology’. Radical right populist MEPs have articulated these discourses while arguing that gender equality has been constructed in a harmful way that challenges natural categories of women, men, sexuality and family.

Indirect opposition comes in many forms. It may be based on Euroscepticism, where MEPs hide their opposition to gender equality behind criticism of the EU’s approach to the issue. Another indirect strategy is bending gender equality to other goals. For example, instead of focusing on the problems that refugee women face – the purpose of one debate – some radical right populist MEPs have reframed the issue by arguing that European migration policies put ‘native women and children’ at risk. Islamophobic language is frequently used to construct an ‘other’ that is hostile to gender equality, with the EU accused of failing to protect ‘its’ women from this threat.

Other indirect opposition strategies include the use of self-victimisation, whereby radical right populists complain that their free speech has been inhibited by gender-sensitive language. In one debate on sexual harassment in the EU, some MEPs adopted a self-victimisation approach to shift blame onto the European Parliament for allegedly excluding a radical right populist group from the accompanying resolution. Parliamentary opponents were accused of double standards, resulting in an exchange that shifted the focus away from gender equality.

The impact of opposition to gender equality

The effect of these direct and indirect strategies is to make gender equality and feminist politics more contentious, increasing the levels of polarisation that surround debates on gender. They also reopen and question policies that have already been ‘accepted’, such as equal employment opportunities, gender quotas, LGBT rights and policies targeting gender violence.

While radical right populist MEPs can effectively monopolise debates during plenary sessions, they do not have a significant impact on votes about gender equality and they generally do limited work in committees. Their direct opposition to gender equality is nevertheless detrimental to the construction of equality and democracy in the European Parliament. This is because it shapes, in a restrictive manner, the meaning of gender equality and the nature of political agendas and commitments surrounding gender issues.

Emanuela Lombardo is Associate Professor at the Department of Political Science of Madrid Complutense University, Spain. Her main research lines are on gender equality policies and Europeanisation, recently focusing on populism and de-democratisation. Her latest monographs are Gender and Political Analysis (with Johanna Kantola) and The Symbolic Representation of Gender (with Petra Meier). The last special issue she has edited is Populism and Feminist Politics (with Johanna Kantola in the International Political Science Review). She co-directs (with Maria Bustelo) the Spanish Ministry of Research funded project UNiGUAL and the research group Gender and Politics GEYPO.

This first appeared on the EUROPP blog. Note: This article gives the views of the authors, not the position of EUROPP – European Politics and Policy or the London School of Economics. Featured image credit: CC-BY-4.0: © European Union 2020 – Source: EP.