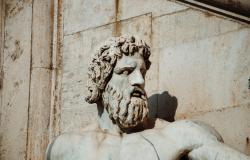 When people think of diplomacy today, they often think of formal negotiations between official representatives of states, such as ambassadors, directed by the specialized bureaucracy of foreign affairs. Those well-versed in traditions of foreign policy might also imagine fully credentialed diplomats with diplomatic immunity working in embassies where they enjoy the privileges of extraterritoriality. A more complete survey of diplomatic history might describe the customs and protocols of diplomacy as developing, along with the bounded territorial state, from Treaty of Westphalia in 1648 and being further formalized following the Concert of Europe in 1815. This survey would then describe how the legal foundations of diplomatic activities were enshrined in the Vienna Conventions on Diplomatic Relations (1961) and Consular Relations (1963) (read more here and here).

However, there is also a sense in which “diplomacy” is recognized as existing outside this formalized system, as for example when we talk about “track-two diplomacy” (backchannel or unofficial diplomacy) and also as existing before the customary system of diplomacy we know today. When we open up the definition and history of diplomacy beyond the confines of recent European history and tradition, we see the full richness of diplomatic practice. This history includes ancient traditions such as the Chinese tributary system, the traditions of India as codified in the Artha-shastra, the practices of Greek city-states, the Roman adaptation of the Greek practices for imperial administration, the skillful uses of pleasure and persuasion by representatives of Byzantium, as well as the practices of Italian city-states that would influence the current system of diplomacy.

In ancient Greece, we see the emergence of complex rules and institutions of diplomacy, as well as specialized positions such as heralds and envoys. In this ancient landscape, truces, treaties, conferences, conventions, and alliances were a common part of foreign relations, as were extraterritorial rights and diplomatic immunity. Traditions of diplomacy would continue to develop through the Roman Empire into the traditions of Byzantium, which would develop a reputation for its highly-trained diplomats. Over time, a system of ambassadors, permanent embassies, and standard diplomatic methods would spread throughout the Italian city states such as Venice, Florence, and Milan and influence diplomatic practices throughout Europe. Thus, in many ways the modern system of state-based diplomacy is indebted to early practices developed partially in the city-states of ancient Greece and Renaissance Italy.

The current trend of global city activism – such as the growth in urban networks like C40, Climate Mayors, and Metropolis – have precursors throughout history. We can see early examples in the Hanseatic League (a medieval confederation of merchant guilds and merchant towns in central and northern Europe), the Garden Cities Movement (a late nineteenth century to early twentieth century movement based on balanced urban planning), and various transnational socialist movements (utopian political movements that reach back to the late 19th century). The Singapore Improvement Trust, an organization responsible for urban planning and renewal from 1927-1960, established cooperative relationships with Hong Kong, Calcutta, and Nairobi. The organization also sought to build relationships outside the British Empire both to develop better governance and to establish a degree of autonomy (to learn more, please read here). In these examples, we see motivations for global activism similar to those of city diplomacy today: the need for solidarity, community, and efficient solutions to urban problems.

What can be learned by taking a wider historical view of diplomacy? First, we see that diplomatic practices – including those of cities – have a long tradition that has adapted with each era. Second, we can see that though newer forms of diplomacy evolve, that these newer practices often owe much to previous forms. Current writing on city diplomacy, for example, often points to the importance of mayors’ summits (read more here) as important events. The use of summits by mayors suggests that they too crave peer-to-peer connections, solidarity, recognition, and grandeur just as other world leaders do. We can see this trend, for example, in the advent of the Urban 20 (U20), a forum that began in 2017, that brings cities together from G20 countries to discuss and influence G20 negotiations. Just as modern states imitated and formalized the best practices of Italian city-states, we can expect cities to mimic the best practices of states and for states to borrow from the best practices of cities. We can also see the progressive formalization of city diplomacy, evident for example in the attention it has received from the Council of Foreign Relations (you can read a brief here and watch a webinar here).

Finally, we need to keep one eye on the present and another eye on the potential future. At the moment, scholars have focused on the growth and multiplication of city networks to fill gaps in global governance. However, we should also be aware of the way cities (and states) are using social media and other emerging technologies to engage more widely with citizens around the world. In the study of city diplomacy, we should remember that not all is new under the sun and that even those aspects that seem unique may not be unique to city diplomacy forever.

Understanding International Organizations’ Headquarters as Ecosystems: The Case of Geneva