The Role of Culture in Reactions to Risk and Uncertainty 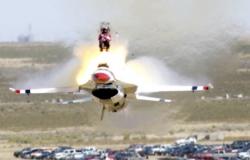 Growing up in Australia as part of a minority made me aware of certain family traits that were different to social norms, in particular when it came to our greater risk aversion.  This was further perplexing when I found our reactions and attitudes to be more risk averse when compared to my cousins that remain in my ancestral origins in India.  These observations inspired my research into how individuals process risk and the extent it is influenced by their culture.

When presented with risk we respond with heuristics. These rules of thumb are often taken advantage of in various domains including politics, social policy and marketing in order to influence our judgement and behaviour.  The cultural nuances can often be overlooked in these domains as solicited responses are typically designed to maximise effect and are geared towards mainstream culture.  We can see these differences as people react instinctively different when confronted with the same risk and uncertainty.

What did the research entail?

My research draws upon participants from White-British, South-Asian and South-East-Asian groups, together representing major cultures within the UK.  The participants responses to risk were examined using stimuli designed to provoke certain risk heuristics, specifically how we deal with ambiguity, prefer to avoid losses to gains and rely on our feelings to process risk and uncertainty.

The experiment soliciting responses to ambiguity required participants to stop a ticker that automatically clocked up winnings as it was left to run, with the knowledge that all accrued winnings would expire at an unknown limit.  The longer the ticker was left to run, the greater the participant’s tolerance to risk under ambiguity.   All participants were also given £1 with the opportunity to gamble to win £2, with their decision providing a measure of their loss aversion. Finally, the participants filled in an Event Reconstruction Survey (ERS) which required them to recall a personal situation involving risk, which provided insights into the participants thought processes and feelings when processing risk.

So do cultures respond differently to risk?

The analysis compared the way the various cultures responded to risky situations, with the results indicated that distinct differences across the groups investigated. For example in the ticker task designed to measure how people responded to ambiguity, the South-Asian participants appeared to be significantly more conservative, responding 27% (p< 0.036, N= 145) quicker when compared to their mainstream White-British counterparts.

In contrast to the South-East-Asian participants showed a greater willingness to take their chances under the same circumstances, let their ticker run 24% (p< 0.047, N= 130) longer than their White-British counterparts.  This relative greater appetite for risk was again demonstrated in a separate task designed to measure the extent people are adverse to losses, as participants were given money with the proposition to “double or nothing.” South-East-Asian participants were found to be 21% (p< 0.032, N= 138) more likely to take the gamble, than those that identified as White-British. Insights were gathered into this question when observing the responses of participants to the ERS in which they were required to recall and document in their own words a recent event in their lives when they had to deal with risk.  The survey yielded responses which placed emphasis on different aspects of the decision depending on the individual’s cultural group.  For example for similar events such as making a purchase online or making an investment, Asian participants considered more contextual concerns for their situation such as family, reputation and career.  In comparison White-British participants focused on specific metrics and logical rationales to recall their thought process during their risk event.

These observations highlight how different cultures think differently when presented with risky options. There are a variety of cultural mediums such as the community environment, values and social interactions that could explain these varying responses to risk.  For instance South-East-Asian communities have a strong tradition of playing games of chance including various card games and Mah-jong during social and family gatherings, as well as having a high regard for superstition and numerology where luck is viewed as a blessing from their ancestors and gods. In comparison in underlying South-Asian belief systems such as Karma, one becomes worthy of good fortune through selfless sacrifice and self-control. What happens as multicultural communities assimilate with the mainstream?

In an additional line of inquiry, the ticker task responses of a subset of participants with South-Asian and South-East-Asian ethnicity who were identified as having immigrated to the UK, were analysed separately to identify patterns in their risk taking as they settled.

The associated regression analysis showed that for every 10% of a person’s lifetime spent in the United Kingdom, they took on 3% less risk, equivalent to responding 2 seconds quicker on the risk ticker (p= 0.002, N= 63).  The increasing aversion to risk among migrants makes sense when considering the financial and emotional investment required in the process of relocation and integration into their new community and respective standing.  These investments may create inertia and bias for maintaining the status quo and to take less risk.

The results of this research provokes further thought with regards to how we respond to risk and challenge the notion that all cultures do so in the same way. The cultural attributes of social interactions, value and environment may affect our responses although these influences are often overlooked in politics, social policy and marketing.  With the increasing focus on public perceptions and growing divergence on views on societal challenges, research into how culture shapes our immediate reactions to risk is required and will grow in importance going forward.

This blog post was written by Sulav Saha as a summary of the research undertaken for his dissertation as part of the Executive Masters in Behavioural Science at LSE, 2016-17. Sulav is currently Director of Sacred Fig Consulting Ltd. Find him on linkedin at www.linkedin.com/in/sulavsaha This post first appeared on the LSE's Behavioural Sciences blog.