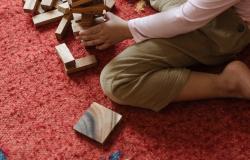 How big is our idea of ‘us’? Are our family and friends part of ‘us’? Of course. Our immediate communities? Sure. But what about beyond that?

What about someone we completely disagree with politically – someone whose views we may find repugnant or even hateful?

How can we create belonging?

Here’s why this matters. The defining issues of the 21st century depend on our ability to come together, and on the size of the ‘us’ we identify with.

But conventional wisdom about change-making thinks that the bigger the dividing lines, the better. That every good campaign has a resonant Enemy at its heart.

As veteran organiser Saul Alinksy put it in the last of his thirteen ‘Rules for Radicals’: “Pick the target, freeze it, personalise it, and polarise it.”

At Larger Us, we think there’s a problem with that approach. Them-and-us campaigns may be great for firing up the base, securing media coverage, or raising money. But they come with real costs, too.

Because on a lot of issues – like climate change, international development, or migration – just firing up the base isn’t enough. Real breakthroughs depend on broader consensus, across the political spectrum. Polarisation prevents that. And it can harm our democracies, too.

How do we bridge divides?

The good news: there’s an alternative: the kind of change-making that creates a larger us instead of a them-and-us.

That bridges divides instead of deepening them. That sees victory in terms of transforming dynamics, not defeating enemies. And that recognises that this work is as much about psychology as politics.

Of course, it’s worth asking: does bridging divides mean selling out? Wishy-washy compromises where we just ‘split the difference’ with our opponents? Throwing our values, and the most vulnerable or marginalised among us, under the bus?

It’s an essential question – and one that writer and campaigner George Monbiot asked in a Twitter thread last year, in which he argued that it’s a “mistaken theory of change” to seek to reach across the political spectrum.

How do we appeal to love not fear?

“Imagine,” he asked, “how successful the civil rights movement would have been if it had sought to appeal to racists, or the anti-apartheid movement if it had tried to accommodate the views of people who wanted to sustain minority rule”.

Actually, appealing to racists was absolutely something the civil rights movement set out to do. It’s something that was captured beautifully in James Baldwin’s famous letter to his nephew in 1962, in which he wrote of white supremacists that,

“…these men are your brothers, your lost younger brothers, and if the word “integration” means anything, this is what it means, that we with love shall force our brothers to see themselves as they are, to cease fleeing from reality and begin to change it, for this is your home, my friend.”

It’s still a deeply radical statement today: this recognition and insistence that ultimately there is no ‘them’, only an ‘us’ that needs to be healed.

But crucially, this approach to change isn’t about diluting the ends we’re working towards, but rather being creative with the means we use to pursue them.

To take another, more recent example: look at support for equal marriage, one of the fastest shifts in social values anyone alive today has ever seen. How was this shift achieved?

How can we help people navigate crises?

Not through othering people, shaming them, or calling them out – but through winning them over, one conversation at a time.

The activists who did this work weren’t selling out, splitting the difference with their opponents, or throwing their values out of the window. Instead, they were focused on winning a genuinely transformational outcome – through the power of encounter.

As we face a welter of crises – from surging food and energy prices to climate breakdown, from record numbers of refugees to political instability – there will be no shortage of politicians and influencers seeking advantage from inflaming culture wars, polarisation, or them-and-us dynamics.

And while there will be times when it may be tempting for us as change-makers to take the bait and fight fire with fire, the risk is that this just entrenches political divides that lead towards breakdown rather than breakthrough.

The good news: there’s an alternative. And it’s already driving change all over the world.

From breakthrough election campaigns in Australia or Turkey, to the African American blues musician who’s persuaded over 200 white supremacists to leave the KKK through conversations.

How can we tell better stories?

From the migration activists who persuaded Tory MPs to back changes to the rules for young people to secure permanent residency in the UK, to the climate campaigners who built an alliance with the last people you’d expect: oil workers.

Alex Evans is founder and executive director of Larger Us. Building a larger us: five questions for change-makers is on Larger Us’s website here.

What if Putin’s True Goals are Different?