Beyond Business as Usual?: President Xi’s Opening B20 Speech and Development 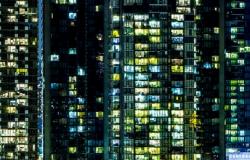 International Media Centre – G20 Hangzhou Summit. This year’s G20 summit pays special attention to sustainable development, bringing into question how ‘development’ is defined, and by whom? As part of a redefining of the global development agenda, China as the G20 host country has placed particular value on the role of business and its ability to foster economic and social progress. The stress on business as a catalyst for development is highlighted by the fact that the B20 was scheduled to take place immediately prior to the G20 Leaders Summit, thus signalling how China sees business and development as inherently linked.

In President Xi’s B20 opening speech, he reflected on China’s experiences of development and the rapid poverty reduction that China has seen over the past few years. This was arguably the most significant contributor to achieving MDG 1: halving extreme poverty. As a bi-product of these efforts, China has developed to become the world’s second largest economy, transitioning from an aid recipient country, to making resources available for supporting development in other countries. This has been realised through industrialisation, agricultural development, urbanisation and infrastructure development.

With issues surrounding development ever more relevant this year due to the adoption of the 2030 Sustainable Development Agenda, the global audience is now turning its attention to China to learn from its experiences of development as well as to see what leadership role it might assume. In recognition of this, Xi has purposely situated his B20 and G20 development ideas via the Chinese context, telling personal stories of how he has seen the city of Hangzhou transform as well as giving broader insights from China’s investment and development policy. In doing so Xi referenced modernisation frequently as an explanation of the successful development experienced by China, while stressing the need for greater innovation and technological reforms. Modernisation theory will no doubt resurface during discussions of industrialisation in Africa, which was also outlined as a key focus point for this year’s G20 Summit.

Specific reference was also made to the SDGs, with Xi suggesting that an implementation plan for the 2030 Agenda will be proposed at this G20 Leaders Summit. In particular, Xi stressed the need for a more globally ‘inclusive’, ‘sustainable’, ‘equitable’ and ‘open’ approach to economic growth that could better secure ‘win-win’ outcomes for countries struggling with the continued inequalities associated with globalization. In fact, Xi used the term ‘win-win’ over ten times in his B20 opening speech, giving focus to the need for renewed multilateral strategies that can move beyond ‘crisis management’ and toward more long-term global governance. For Xi, the G20 will need to pay a greater role in creating this development agenda as well as seeing it through.

In many ways, if Xi’s words move beyond rhetoric, this would be a welcomed signal from the world’s second largest economy. First, given the controversy surrounding the attainability of the SDGs, any indication for greater development leadership will be greatly appreciated from international audiences. This is due to the fact that although the SDGs are agreed in principle, there is limited consensus on delivery and many governance concerns remain under-specified. Second, given that the G20 represents between 85 and 90% of world GDP, any increased coordination from this group would have the potential to deliver serious impact. Third, given that China alone tipped the ‘success’ scale on poverty reduction related to the MDGs, any insights for effective development from China could command greater authority, particularly with countries who have remained sceptical of G7 led ‘business’ as usual.

Yet, any enthusiasm about whether this represents a new dawn in global development should be tempered by a number of realities. For one, Xi’s calls for ‘openness’ and increased global business relations operates in a context where many countries see China as a promoter of unfair trade imbalances, protectionism, and the saturation of particular markets via over- capacity and production. Furthermore, Xi’s call for mutual ‘win-win’ development strategies will no doubt be couched within China’s existing geopolitical behaviour in the South China Sea, where there are limited signs that China is willing to pursue ‘win-win’ compromises with its neighbours. Lastly, there remain many unsettled issues about the positive role that business can play in development and there are many concerns about the negative externalities that often accompany the global business culture.

In this regard, although Xi’s B20 speech can be seen as a welcomed departure in many respects, there should also be a healthy dose of political reflectivity. This is because it is hard to distinguish between the creation of new business and the solidification of global business as usual.