Blue skies over Hangzhou: clearing the way for a climate-focused summit? 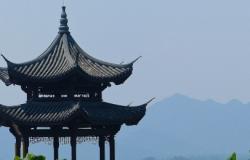 International Media Centre — G20 Hangzhou Summit. Unusually clear skies cover the city of Hangzhou, where China will host the G20 Leaders Summit from 4 to 5 September. The streets are clean, the roads are congestion free, and the abundance of citizens on bikes is obvious as soon as one tries to cross the road. In short, Hangzhou seems like a city that is heading toward a clean and sustainable future; but is this just a front?

The clear skies are not an accident. Factories have suspended operation in the lead up to the summit in order to reduce pollution. In 2015, Hangzhou’s daily average concentration of PM2.5 (a measurement of pollution) was 57 micrograms per cubic metre, but an upper limit of 35 micrograms per cubic metre has been set for the summit. Neither are the congestion free streets the norm; with free passes and massive discounts attracting residents to neighbouring provinces, some two million people are thought to have left the city. Even Hangzhou’s impressive bike-sharing system – the largest of its kind in the world – has been given a boost due to the G20 summit, with an estimated 10,000 more bikes having been put into service, all emblazoned with the G20 logo.

The question is whether Hangzhou’s current environment for the G20 summit is indicative of a nationwide move towards a less polluted, clean and sustainable future, or whether the changes made for the upcoming summit are all a shallow front. The former would be conducive to making meaningful headway at the summit talks regarding a more sustainable, green-financed future; the latter could foreshadow promises that look good at first glance, but have little depth.

China’s ratification today of the Paris agreement is a good sign, as is President Xi Jinping’s pledge in his B20 summit address to close coal mines reducing the extraction of some 500 million tons of coal. Hangzhou itself is a well-chosen place to hold the summit; it has a history of innovation, with the city boasting what was China’s first High-Tech Industry Development Zone, and the headquarters of some of China’s largest renewable energy research and development companies including Astroenergy and Soltec. If China can push forward an agenda of marrying global private sector investment with green finance, it could follow through on its promise to ‘break a new path for growth’. If not, China’s promises may be just as temporary as Hangzhou’s empty streets.

Emblazoned in red neon in the Xiaoshan district, Hangzhou, where many accredited journalists are staying, is the phrase ‘Xiaoshan is marching towards the world’. Let us hope it is, and that it takes the rest of the G20 with them.