China will lead the way, at least we hope it does! 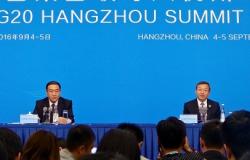 International Media Centre — G20 Hangzhou Summit. In the run-up to the G20 Leaders Summit, China has upped its game to present itself as ready and willing to show leadership. In many ways the decline of the so-called ‘Washington consensus’ has created a need for an alternative and innovative development and growth model. However, fulfilling this role will not be easy.

From the end of the Cold War until 2008, Washington’s leadership in global affairs was seen as almost unshakable. Nevertheless, after the global financial crisis this appeared to be in decline. A country can only be seen as a leader if it is respected by most other countries and also enjoys their goodwill in executing tasks of global importance. The US certainly held this sort of authority and legitimacy in the aftermath of World War II, with initiatives like the Marshall Plan and commitments to de-colonialization receiving a good measure of goodwill. Yet, after the crisis, recognition of US leadership dwindled and there were a series of publicised calls for a broadened and more effective form of global governance. President Luiz Inacio Lula Da Silva, for example, famously said ‘the crisis was caused by white men with blue eyes’, directly pointing at the US and the institutions that evolved through the Washington consensus. During the same time, many had not forgotten how the US had led the invasion of Iraq in 2003, a war that was ultimately regarded as illegal by the then UN General Secretary. As a result, the failure of the US in both global economic and security policies strengthened the case for a new paradigm of leadership in the world.

It seems that by upping its game at this crucial moment China thinks it is the one who can deliver leadership to the world. Although a great deal remains to be seen from the G20 summit, hardly anyone is questioning the intent of the Chinese to assume a leadership role and the entire G20 Summit has been carefully planned by China to reinforce this impression. President Xi Jinping’s opening speech at the B20 summit bolstered this impression by stating principles of ‘win-win’ development, equity between countries, ‘fair’ economic growth and participatory G20 global governance.

In light of these statements, China will need to show its ability to compromise and resolve its disputes with key regional economies such as India, Japan and Vietnam. This is because one important aspect of global leadership is having the ability to forge a level of global consensus, which requires the capacity to foster ‘buy-in’ from important global and regional players as well as the ability to reduce feelings of diffidence that are often associated with the Washington consensus.

That said, there are major disputes hampering the emergence of this consensus. Disputes that will continue to weaken China’s ability to be a global leader. In particular, ongoing territorial claims foster unease among countries that may otherwise be sympathetic to many of China’s development and economic policies. To use Chakrabarty’s concept (2007), these disputes for China, which was once a great empire, are ‘history wounds’. Like normal wounds, which if left untended for too long may get infected, these disputes have developed from territorial claims to a matter of national pride for all those involved, which further ‘makes international relations and diplomacy harder’. These territorial disputes are not only dangerous for the world in security terms, but also dim the prospects for consensus in other policy areas. As Chakrabarty writes, the only way to address these wounds is through open dialogue and trust building. Yet, although most parties have put their territorial issues on the backburner in the run-up to the G20, instead choosing to prioritise economic issues, this has not ended the disputes, thus leaving them to simmer as potential roadblocks to the creation of more meaningful Chinese leadership.

In the process of promoting a different model of economic development, could the Chinese deliver a different model of leadership in solving issues of global importance? The question really is whether China can muster the strength to assume the burdens of leadership? Something that, as noted, requires compromise as much as forcefulness. This remains to be seen at the upcoming G20 summit in Hangzhou, as well as how China ultimately manages trade relations and territorial disputes with its neighbours into the future.

In short, a global leader will be a country or organization that enjoys the respect and goodwill of nations. Currently, due to a significant number of critical disputes, not many countries are in full agreement with the People’s Republic of China. As a result, in order to be an effective leader, China needs to morph its leadership model: make some compromises and lead the way. Now is a critical time as the world needs a different direction.