How to Host a Summit – or Not 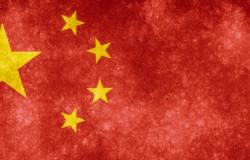 How to Host a Summit – or Not

International Media Centre — G20 Hangzhou Summit. Hosting an international summit on the scale of the G20 is no easy task. First and foremost, the attention of the world’s media is focused on the agenda and expectations are inevitably high that the summiteers can make a headline-grabbing breakthrough on a particular issue (a number of which will be covered in our upcoming policy briefs from this G20).

However, a range of practical measures exist that need to be considered ahead of any summit. There is the question of guests. In addition to the already designated number of participants that make up the alphanumeric summit in question, the host possesses some flexibility to outreach to a number of one-off invitees. Spain and the Netherlands benefited from this largess in the early days of G20 summitry. The host also has the power to exclude. Russia provides examples of both inclusion and exclusion as seen in Gorbachev’s initial invitation to the 1991 G7 London Summit, and Putin’s ongoing exclusion from the G8 from 2014. Then there is always the risk that an unforeseen crisis may force a leader to stay at home and send a deputy (for example, French President Hollande at the 2015 G20 Antayla Summit). Guests’ sensitivities also have to be catered for. Barack Obama initially embraced the idea of back-to-back G8 and NATO summits in Chicago in 2012 but, worried about Putin having to arrive for one summit but not be invited to the other, moved the venue of the G8 to Camp David. In the end Putin came to neither.

Once a guest list is decided then the leaders need to meet in a location that is secure but also accessible. This creates a tension that is difficult to resolve. Hosts don’t want to damage the legitimacy of their group by retreating from the glare of media scrutiny to a mountain retreat or tropical island. Yet, a summit of a number of the world’s leaders is a terrorist target that requires some of the most stringent security measures that sit more easily with isolated locations rather than capital cities. There is also the question of when in the busy calendar of global governance these summits should take place. The possibility of changing the summit venue at the last minute always exists and was the case at the 2009 G8 L’Aquila Summit in Italy.

Of course, the security of the world’s media and civil society organizations also needs to be provided for as well as the conditions in which they can do their job of informing the public and holding the world’s leaders to account. This involves a connected, accessible and functioning media centre, preferably with access to the leaders. So, agenda, participants, venue, security, access and transparency – all these aspects do not always come together to help a host create the perfect summit and need to be considered against each other in what is often a zero-sum calculation. Then there is a seemingly endless list of minor concerns – the food that will be served, the photo opportunities, the spouses’ programme, and so on. Hosting a summit, rather like hosting an Olympics, is a risky business.

The Chinese authorities have experience of hosting large-scale summits on a regional level, as seen in its hosting of the Asia Pacific Economic Cooperation (APEC) forum in November 2014. However, the G20 is on a completely difficult scale. So, how did China perform?

Despite a slightly rocky start in terms of an opaque accreditation and visa application process, the Chinese authorities have clearly expended a great deal of time and effort on considering these minutiae of summitry. In terms of summit participants, both regular G20 members, the chairs of the African Union and ASEAN (Chad and Laos respectively), and a number of invited guests, such as Egypt and Kazhakstan, were included. A state-of-the art conference facility in Hangzhou’s new industrial zone was used to host the summit and house the media. The choice of Hangzhou itself provided a chance to showcase some of China’s biggest companies such as Alibaba and Geely. Journalists were accommodated in some of the city’s finest hotels and shuttled safely and as quickly as possible between their hotels and the media centre. Internet access was fast and convenient. An army of young volunteers was on hand, ready to help with any queries however trivial.

In the run-up to and during the summit, the city of Hangzhou was something of a ghost town as its citizens took up the offer of travel vouchers and vacated the city. The new semester at nearby Zhejiang University was delayed until after the summit. Clearly it helps to organise large-scale events like this if decisions can be enforced from the top-down, whilst also a degree of buy-in secured through bottom-up incentives.