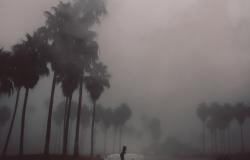 Petra Minnerop argues that finalising the Rulebook on Article 6 Paris Agreement is essential for increasing and achieving states‘ ambitions. Science based legal targets must follow and further shape an accountability framework that builds on existing environmental case law.

Expectations for the outcome of the climate summit in Glasgow are high. One of the reasons is that Parties must submit new and more ambitious nationally determine contributions (NDCs) under the Paris Agreement. This ambition must be determined by each Party, in accordance with the self-evaluation of its own national potential to mitigate climate change.

A successful outcome of COP26 (as well as CMA3 and CMP16) depends on the incorporation of the well-established physical science basis of climate change into verifiable and significantly improved NDCs, and to implement these NDCs through corresponding targets and measures in national legislation. For this to happen, COP26 must build trust amongst Parties and finalise the so called Paris Agreement Rulebook (agreed in Katowice in 2018 at COP24), including on Article 6 of the 2015 Paris Agreement.

On that basis, international and national targets on climate action can further shape an accountability framework that resonates with domestic environmental caselaw around air pollution. An illustrative example used in this article is the recent decision of the High Court in R (on the application of Richards) v Environment Agency [2021] EWHC 2501 (Admin) concerning high levels of hydrogen sulphide pollution that exceeded WHO standards and triggered obligations of the Environmental Agency under the Human Rights Act.

Expectations and Realities of Ambition

This year, Parties are entering into the two weeks of negotiations with the benefit of an IPCC Working Group I (WG I) report that in the strongest terms acknowledges that human-induced climate change is the main driver of the changes and impacts that shape our climate reality globally.

Under all five emission scenarios outlined by WG I, the crucial temperature mark of 1.5 Degree Celsius will be exceeded around 2040, even for the lowest emission scenario this is “more likely than not”. The capacity of Oceans and land carbon sinks to absorb CO2 from the atmosphere is projected to decrease, therefore becoming less effective in slowing the increase of CO2 in the atmosphere.

The important question is whether the world can be brought on track to maintain 1.5 Degree Celsius after 2040 through making significant cuts in carbon emissions, achieving net-zero emissions by 2050 to avoid a further temperature increase? If a very low greenhouse gas emissions scenario is followed, it is “more likely than not” that global surface temperature would decline back to below 1.5 Degree Celsius toward the end of this century.

Conversely, every 1000GtCO2 of emissions accounts for a further temperature increase of around 0.45 Degree Celsius. Global Mean Surface Temperature increases come at a high cost for the economy and for humanity. A WHO estimate concluded that climate change will cause approximately 250,000 additional deaths annually between 2030 and 2050 alone.

The direction of travel is clear, the International Energy Agency confirmed in its report Net Zero by 2050 A Roadmap for the Global Energy Sector that further investment in new fossil fuel supply and its pertinent infrastructure are inconsistent with a net zero by 2050 pathway.

Yet to date, the clarity of the reported science basis and the availability of low-emission pathways stand in sharp contrast to actual progress, according to the findings of the UNFCCC Synthesis report that was published in September 2021 ahead of COP26. The report points out that the total global greenhouse gas emission level, based on the implementation of the latest nationally determined contributions (NDCs) of all Parties to the Paris Agreement, is estimated to be in 2030 around 16.3 per cent higher than in 2010 and 5.0 per cent higher than 2019. The report indicates that there is the possibility of total global GHG emission levels peaking before 2030, if all latest pledges are fully implemented, however, this is by no means certain.

There are three main reasons why the Article 6 Rulebook is so important for the success of COP26:

Secondly, the International Emissions Trading Association (IETA) estimates that a potential cost reduction over independent implementation of NDCs would amount to $250 billion per year in 2030. In other words, using market mechanisms makes NDC achievement cheaper and therefore, more realistic.

Thirdly, if Parties utilise the cost savings to enhance their nationally determined contributions even further, Article 6 on its own could lead to additional carbon emission reductions of around 5GT CO2 per year in 2030, as estimated by the IETA.

Amongst negotiators, Article 6 is seen as a highly politicised provision. It comprises facets of adaptation finance, the transfer of the Kyoto Protocol’s Clean Development Mechanism to the new Sustainability Mechanisms, and the environmentally sound operation of markets, including applying correct accounting procedures that reflect the emission changes when mitigation outcomes are transferred between parties.

A real contribution of market based approaches to climate change mitigation depends on the quality of the agreed rules, and these will require careful consideration. COP26 can only be successful if it can provide a political setting that signals the importance of a rules-based approach to all Parties and an atmosphere that nurtures the trust upon which the Paris Agreement is built.

The legal content of the much anticipated decisions of this conference will be scrutinised and analysed, in the hope that rules are environmentally sound and clear, that they enable ambition and operationalise markets while protecting environmental integrity and leading to additional emission reductions.

A developing Framework for Accountability

Regardless of the outcome of COP26, every state remains obliged under the Paris Agreement to set itself ambitious targets and to improve its own action. National law matters for operationalising international markets but also because quantified absolute reduction targets enshrined in law define thresholds for judicial review, they make the outcome of climate action objectively verifiable. That allows for domestic and for international accountability. The integration of international obligations and national legal targets shapes an emerging framework of accountability that tames short-term and national self-interests.

A recent illustration of how individuals benefit from an effective intersection of legal orders  in addressing complex environmental challenges, is the decision of the High Court in the R (on the application of Richards) v Environment Agency [2021] EWHC 2501 (Admin)):

The claimant was a 5 year old boy who lives in close proximity to the Walleys Quarry Landfill Site. The High Court found that positive obligations under the Human Rights Act where triggered, in accordance with its analysis of the environmental case law of European Court of Human rights (ECtHR). In order to comply with its legal obligations, the Environmental Agency (EA) must implement the advice of Public Health England and achieve levels of hydrogen sulphides that are within the WHO’s recommendations.

The EA did not discharge its duties so far because emission levels were too high. Clear targets on pollution levels were decisive for the outcome of this case. These emission levels were defined based on science, and they were set in legally relevant documents, including WHO statements, that the Court extensively used. The accountability framework included the case law of the ECtHR and led to the Court’s conclusion in favour of the child’s protection, a finding that neither the domestic nor the international legal order on its own could guarantee.

COP26 could meet the expectation of increased ambition, if it concentrates on the major tasks of finalising the Paris Agreement Rulebook and agreeing on financial support for developing country Parties. This in turn can contribute to a strengthened accountability framework, in conjunction with Parties’ implementing legislation that needs to follow, including on setting absolute emission reductions targets for all greenhouse gases and every sector of the economy. Success of COP26 will mean that the international legal framework emerges strengthened, that trust is re-affirmed and that the agreed rules under the Paris Agreement send an unequivocal signal for developing science based targets.

Dr Petra Minnerop is Associate Professor of International Law at Durham University. She is the Academic Lead of the COP26 Steering Group of Durham University, Co-Director of the Global Policy Institute and Co-Director of the Research Centre Law and Global Justice. Her scholarship encompasses international, transnational and national dimensions of climate change and environmental law, as well as interdisciplinary aspects of the law/science relationship and the process of law-making at the international level. Petra has experience of working with international organisations and national governments where she has been an active contributor to public policy formulation on climate change and environmental issues at the national and international level through her work on bodies such as the legal committee of the UN, the German Federal Environment Agency, the European Parliament and the Intergovernmental Panel on Climate Change (IPCC).

Photo by Ryan Millier from Pexels