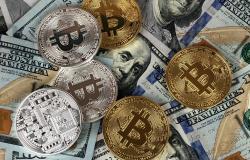 Despite specialized press coverage, little is known about the potential socioeconomic implications of financial decentralization. In this column, Marion Laboure and Juergen Braunstein demonstrate how the finance sector has been moving away from financial intermediaries that facilitate resource flows and toward decentralized, non-intermediated operations that allow direct resource transfers from savers to spenders. This process, often called “DeFi,” offers an opportunity to democratize finance and decrease wealth inequality. This financial ecosystem functions without any central authority; rather, it enables participants to transact using smart contract programs.

Decentralized finance (DeFi), which operates without a central exchange, recreates the traditional financial system without relying on middlemen. It therefore introduces a strong democratizing impact in the finance sector. DeFi is opening investment opportunities for large populations who had previously been excluded from investing in financial markets. As more people gain access to these markets, there is an increased need to improve financial literacy, regulation, and cybersecurity.

In a centralized system like today’s, the supply of and demand for finance have been intermediated by middlemen, powerful institutions that create financial products and make sure that money flows from those who save to those who spend. DeFi changes the original function of middlemen and presses them to assume new roles.

In addition, middlemen have gradually become direct actors by benefiting from capital flows. As the level of liquidity has increased and as the money in financial markets has surged, the number of financial intermediaries has also increased recently. This trend has led to systems that benefit some actors more than others.

During the twentieth and twenty-first centuries, capital investments have played a critical role in augmenting the wealth of the wealthiest, thereby increasing inequalities. Large wealth holders have had easy access to investment products with significantly higher financial returns (e.g. hedge funds) than the mainstream products accessible to most investors (e.g. bank deposits and government bonds).

More recently, the Covid-19 pandemic has exacerbated these inequalities. Most white-collar, high-income workers have been able to work remotely whereas blue-collar workers have not had that option. A large share of low-paid workers employed in essential services, such as policing, teaching, cleaning, retail, and hospitality, have been negatively impacted by the pandemic. And the gap between rich countries, which can provide a safety net for workers, and the poor economies, which have no capacity to help citizens, has widened dramatically. The economic impact of the pandemic on the poor, especially in developing countries and even in advanced economies where healthcare is not guaranteed, have been disproportionately affected.

DeFi is about to reverse this inequality situation. It will lead to more direct flows between savers and spenders, by cutting out middlemen. By enabling peer-to-peer financial transactions, using cryptocurrency blockchains such as Ethereum, DeFi bypasses expensive traditional financial services. Moreover, diversified financial services, such as borrowing and lending, via these decentralized exchanges become more affordable for participants. In the coming years, a larger population could benefit from similar financial returns as those received by wealthy individuals. All said, DeFi will open doors to a new, more inclusive financial reality for huge populations.

DeFi also makes financial transactions more transparent. By cutting out middlemen, many transactions will be completed through a decentralized, open-source network. Ethereum is the most commonly used platform today, but other platforms with smart contract capabilities could work too.

Today, DeFi transactions amount to around $8 billion in assets, a small fraction of the NYSE or NASDAQ market cap of $25 and $11 trillion respectively. However, experts predict that the DeFi industry’s growth will be substantial. Such growth would expand the market for larger DeFi players and potentially lead to a virtuous cycle that delivers the disruption that DeFi proponents have promised. Banks and financial firms that move toward DeFi systems will benefit from financial decentralization as more and more people participate.

In summary, DeFi may have the potential to reduce economic inequality by giving more people access to the best financial investments. DeFi breaks down the social borders in finance, thereby equalizing the opportunity structure and access to investments. Almost everyone with a mobile will be able to invest. However private cryptocurrencies also significantly increase the risk of financial crimes (e.g. money laundering, bribery and tax evasion).

Marion Laboure is an economist at Deutsche Bank Thematic Research team. She also lectures finance at Harvard University. Prior to joining Harvard, she also taught at Yale University, Sciences Po Paris and University Paris Dauphine. Marion worked as an economist at the Luxembourg Central Bank, the European Commission and Barclays and was also a fellow researcher at the International Monetary Fund. She authored several books on capital markets and fintech and won several awards for her research including twice the first prize from the US Society of Actuaries. Marion holds a PhD in Economics from the Ecole Normale Superieure, and a Master's degree in Economics from the London School of Economics, as well as a Bachelor's degree in Mathematics and Finance from the University of Paris Dauphine. She speaks three languages and has lived and worked in five different countries.

Juergen Braunstein is a fellow at Harvard Kennedy School’s Belfer Center where he works on the Geopolitics of Energy Project. His research focuses on the drivers as well as consequences of the green energy ‘revolution’ for the global energy composition and its implications for existing and future interstate relations. Prior to this he coordinated the New Climate Economy Special Initiative on financing the urban transition at LSE Cities. Juergen is the author of Capital Choices: Sectoral Politics and the Variation of Sovereign Wealth (2019, Michigan University Press). He has a B.A. from the University of Vienna and a masters and doctorate from the London School of Economics.

Photo by David McBee from Pexels